Uncertainty is a familiar feeling at Frankton Golf Centre — not just for those trying the sport for the first time, but for  those worried about the driving range’s future. A new transport plan for Queenstown suggests the end may finally be nigh, nine years after the last reprieve. Matthew Mckew went to find out if the town would miss it.

It was just about lunchtime on a week day at the Frankton Golf Centre and the driving range was near full.

Residents and visitors had packed the place out since lockdown, and it wasn’t doing badly before Covid-19 either.

The golf course provides a strange oasis in the midst of hustle and bustle - there are main roads on two sides and the airport on a third.

Golfers of all abilities were teeing off, enjoying the relatively warm winter day.

Beginner Jeromine Fasolato, of Arrowtown, was being coached by her girlfriend.

She said it was easier to learn how to hold a club and hit a ball at a driving range than on a course.

The pair had previously tried another golf club, but it only allowed members on the range.

However, Mr Battrick could not provide any certainty on the future of the course.

"This is a strategic piece of land for our district and we’ve got to recognise that, sometimes sport has to play second fiddle."

The driving range, chipping course and nine-hole course sit adjacent to the "BP roundabout", an important and often clogged interchange into Queenstown.

Regional Council transport plan suggested the golf course could give way to bus lanes and a transport hub.

The latter would replace the bus station currently on the other side of the road, as part of an initiative to encourage greater use of public transport and reduce traffic.

At the far end of the driving range, council-funded masterplans for the Queenstown Events Centre and the Frankton area proposed an emergency precinct.

Little information is available, but a council spokesman said it would create one site for emergency services, civil defence and airport rescue.

The idea was greater efficiency and optimum response times from an improved location, he said.

St John, Fire and Emergency New Zealand and police refused to say if they were involved in discussions. 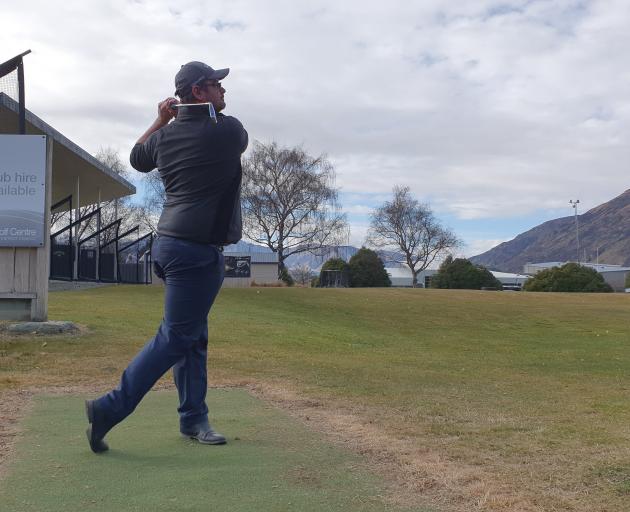 Resident pro Doug Mathews demonstrates the perfect swing.
If the changes were to go ahead, the Frankton Golf Centre would either close or be moved to a new location, such as Shotover Delta.

Mr Battrick said the junior golf club at Frankton was one of the largest in New Zealand; it was important to assess what the centre provided to the area before any decisions were taken.

As things stood, juniors received free coaching each Saturday from a professional.

Mr Battrick said everything was on the table, from no course at all to a brand new green with an indoor training facility.

In 2011, the Otago Daily Times reported a "reprieve" for the club when it gained a renewed extension on its lease following public support.

That reprieve, however, was only "until the land is needed".

It would appear the countdown has started. 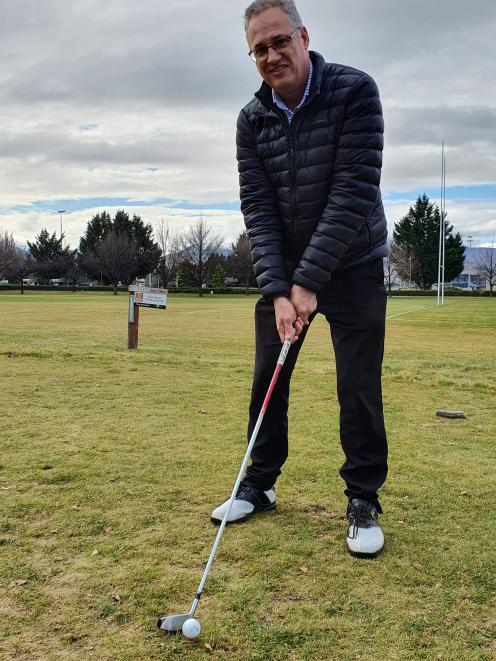 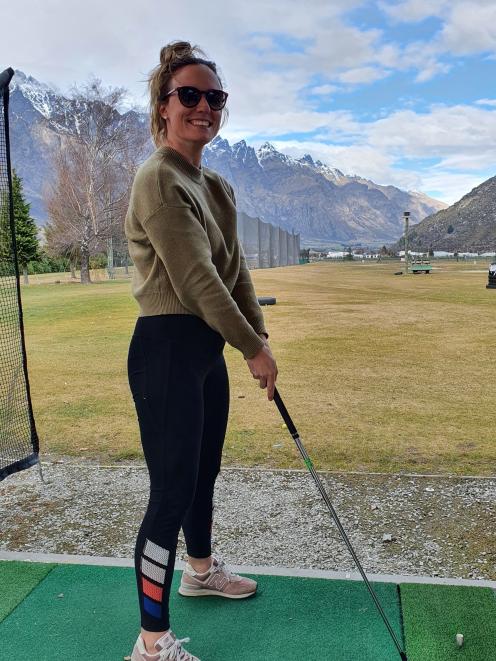 Jeromine Fasolato tries her golf swing for the first time at the Frankton Golf Centre driving range.
Barry Meyer of The Bears Golf Club arrived at Frankton for one of its weekly competitions, and said the course provided older people with a chance for recreation and to avoid "cabin fever".

The other courses were either not suitable because they were difficult for the club’s members to get around or were too expensive, he said.

Those familiar with golf know green fees and memberships can be high.

Frankton does not require a membership, and it costs just $15 for a round on the course or $12 for 120 balls on the driving range.

The green fees compared with $50 for nine holes for at the Arrowtown Golf Club and $65 at Queenstown Golf Club.

Memberships across the Wakatipu basin cost anywhere between $395 and $3000 per year.

Mr Meyer said the Frankton Golf Centre was accessible to all New Zealanders, regardless of age or income.

"The point is, anybody can come, businessmen and the like come out here an hour and can do a round; it’s convenient." 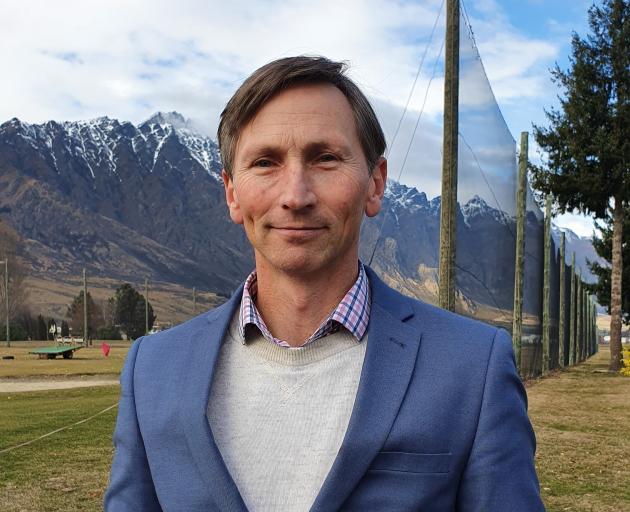 Queenstown Lakes District Council sport and recreation manager Simon Battrick says the centre offers a crucial developmental role.
When other members of The Bears arrived, they were keen to stress how popular the centre was with juniors.

One said it was "a jolly shame" there were plans for a transport hub and that she hoped they were long way off.

Another added that an alternative course should be built before any transport work began at Frankton.

Already out on the green was Justin Ralston, a civil engineer, who took advantage of how close his office was to the centre.

"I come up most lunchtimes and have a hit - I work over at The Remarkables Park."

He had been working on a design for a course at the Shotover Delta to submit to the council.

"I am passionate about golf, so I’m just trying to show there is a solution out there.

"It is a similar location and would be an entry-level course for people to get into the sport."

Mr Ralston said the delta location was ideal; the council already owned the land and needed to carry out flood protection work there.

With a masterplan - which could pave the way for another subdivision - soon to be produced for Ladies Mile, the traffic issue in Queenstown needs a resolution.

The latest transport plan has gone out for consultation and details of the emergency precinct are to come before the council in September.

It will then fall on councillors to weigh up the need to reduce congestion with the value of having an entry-level golf centre, and the green space that comes with it, in the district.