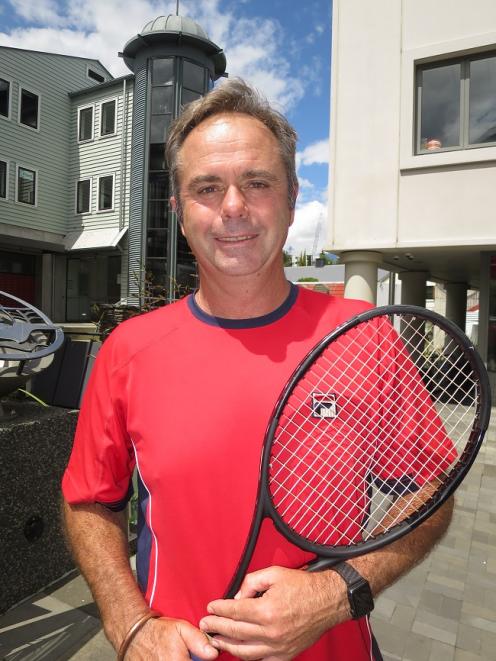 Bale, who turns 50 next year, says he decided to leave Queenstown after realising he’d not pay off his mortgage "on my two-bedroom little apartment" till he’s 76.

"I’m on a good wage and I’m comfortable, but I can’t stay doing this."

Bale says he’s looking for other coaching opportunities, possibly in the United States, where he coached at the University of California at Berkeley before arriving in Queenstown in 2002.

Since 2004, the South African-born former pro has also been trying to get a comprehensive tennis facility in Queenstown, but has suffered several knockbacks.

Early this year, however, he quit his role as a Tennis NZ performance coach to run the Winton Tennis Academy for developers Chris and Michaela Meehan’s Winton Ltd.

It has applied for consent for an eight-court complex at Bridesdale Farm.

"Even if I stayed, the facility is still a year to 18 months away," Bale says.

He’s proudest of guiding several local youngsters through to US university tennis scholarships, including McLachlan, whom he’ll continue to mentor.

"Once or twice in your lifetime, you’re going to get a Ben, but to know that you’ve had a positive impact on the lives of these other kids, that’s pretty cool."

He’s disappointed, however, that despite Queenstown’s wealth there’s been little corporate backing for tennis apart from Millbrook Resort boss Gota Ishii and the Meehans.

"And the Queenstown Tennis Club’s been great, along with parents."

In coaching talented juniors, Bale’s also donated a lot of his time.

"The volume of hours they need to achieve the goals they want to, and we all want to, none of the parents can afford that."

Asked his advice for budding young players, he says: "Put in the time, get on the court, commit – there’s no silver bullet, there’s no shortcut.

"And try and seek out the best advice you can, and then listen."

Unfortunately for local juniors, that advice won’t be coming from Bale any more.