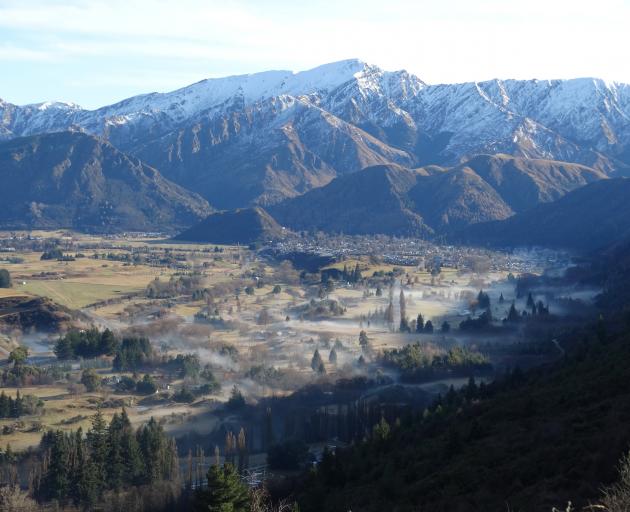 Arrowtown. PHOTO: ODT FILES
The merging of Arrowtown into an expanded Arrowtown-Kawarau ward is the ‘‘best of a bad situation’’, a former councillor says.

Scott Stevens said he still strongly believed Arrowtown needed someone ‘‘living, breathing and working’’ in the township to effectively represent it.

However, the ‘‘writing had been on the wall’’ during the Queenstown Lakes District Council’s representation review process, which was why he focused much of his submission on arguing against lumping in Arrowtown with communities as far away as Jacks Point and Kingston.

Arrowtown is set to become part of an Arrowtown-Kawarau ward represented by three councillors.

Mr Stevens said the apparent divide between the Wanaka-Upper Clutha and Queenstown-centric blocs on the council meant the new ward’s councillors could hold the ‘‘balance of power’’ and leverage that to Arrowtown’s benefit.

‘‘That’s not great for the district, but that’s the way the game rolls, and Arrowtown may do better out of it.’’

Another former Arrowtown councillor, David Clarke, said he was saddened that 147 years of direct representation for the township would soon be coming to an end.

The fair representation population calculations prescribed by the Local Electoral Act were a ‘‘blunt tool’’ that had overridden the ‘‘communities of interest’’ argument mounted by Arrowtown residents, Mr Clarke said.

‘‘I guess our concern now is that, given the population base, we’ll end up getting no councillors that live in Arrowtown.

‘‘We’ll just have to make sure we have some strong candidates.’’

Arrowtown Promotion and Business Association (APBA) chairman Jimmy Sygrove said he was disappointed by the decision, but the new ward was a ‘‘reasonable compromise’’ that was considerably better than the original proposal.

The onus would increasingly fall on organisations like the APBA to protect and promote Arrowtown’s interests, he said.