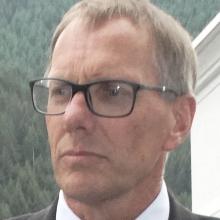 A media outlet alleges the council breached its procurement rules when it awarded Arrowtown consultancy firm ZQN.7 Ltd contracts worth a total of $630,000 without putting them out to public tender.

The company is owned by former senior council staff member Ruth Stokes and her husband, and at the time it did the work, employed another former council manager, Jendi Paterson.

The work, carried out between March 2018 and May last year, consisted of reviews of three council bylaws as well as projects relating to school safety engagement, bus stops policy and waste transfer stations.

In an article on Friday, the media outlet claimed the council did not produce an approved procurement plan for the work, did not follow its own policies by failing to offer the work in a bid process, and did not formally establish its own staff could not do the work.

Mr Theelen said yesterday the council had already acknowledged breaching its policies in relation to one of the contracts.

Contracts worth more than $50,000 were required to be put to public tender, but it had directly appointed ZQN.7 to one contract worth $52,000.

"We’ve gone back and certainly gone through each of the contracts ... and the advice I’ve had from staff is the procurement rules, as they were, were appropriately adhered to, apart from that one instance."

Following the latest allegations, Mayor Jim Boult had asked him to prepare a report on the issue that he could take to councillors for consideration next week.

"As a result of that, if the council thinks there needs to be a further investigation of it, then we will take that direction."

Mr Theelen said having weaknesses in its procurement policy was "a far cry from claiming we acted inappropriately", and best practice was always changing.

It hired a full-time procurement manager two years ago, and began a review of the policy last year.

He expected a final proposal to go before councillors by the middle of the year.