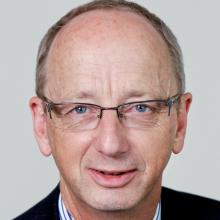 Tony Avery
The Queenstown Lakes District Council is a step closer to cementing its accreditation to issue building consents.

But that is little comfort for building firms and section owners, who are experiencing delays of weeks and months to start construction.

As part of a council action plan, accepted by IANZ in May, the council has now cleared nine of 10 so-called ``corrective actions''. Two were cleared late last Friday afternoon.

QLDC general manager of planning and development Tony Avery said the only outstanding corrective action was over processing times.

While many building consents are still not being issued within the statutory 20 working days, the trend is improving.

Mr Avery said the council was ``pretty hopeful'' of a successful IANZ reassessment in October.

``There is still a number of consents, and I don't know the actual numbers, that are in the system that are over that 20 days. And a lot of those are on hold waiting for further information.

``The job's not over. It is about that continual focus on our processes, our efficiencies.''

The knock-on effect of delays for building firms is having to scramble to rearrange staff and subcontractors.

Bamford McLeod Construction director Andy McLeod said a consent was issued last Friday for a house build, after a 16-week wait, while a consent for a renovation sailed through in just 15 days.

``You've only got so many plumbers that are all trying to get their services into the ground at the same time. And for us we've actually got three houses starting at once, which is a nightmare.''

Despite the resort's building boom, some building firms were ``sitting on their hands'' waiting for consents, he said.

Andy McRae, director of Arrowtown construction company The Builders, said council processing times have been slow but with architectural designers also busy, some new builds could be delayed by weeks and months.

Mr McRae added: ``It's probably not all the council - everyone's busy.''

The council has used external contractors to deal with the more complex commercial consents and was advertising for four more building control staff. It is also recruiting a quality manager.

Mr Avery said much of the IANZ accreditation was about demonstrating the council was doing the right thing. That was why it decided the quality manager role was full-time.

``What we've decided is that's actually a full-time dedicated role to make sure that we keep reviewing it and making sure that it's as good as we can [make it] and also learning from other building control authorities.''

With the reassessment in less than seven weeks, the council was ensuring changes were working well and was reviewing rules and looking at its systems, to ensure compliance.