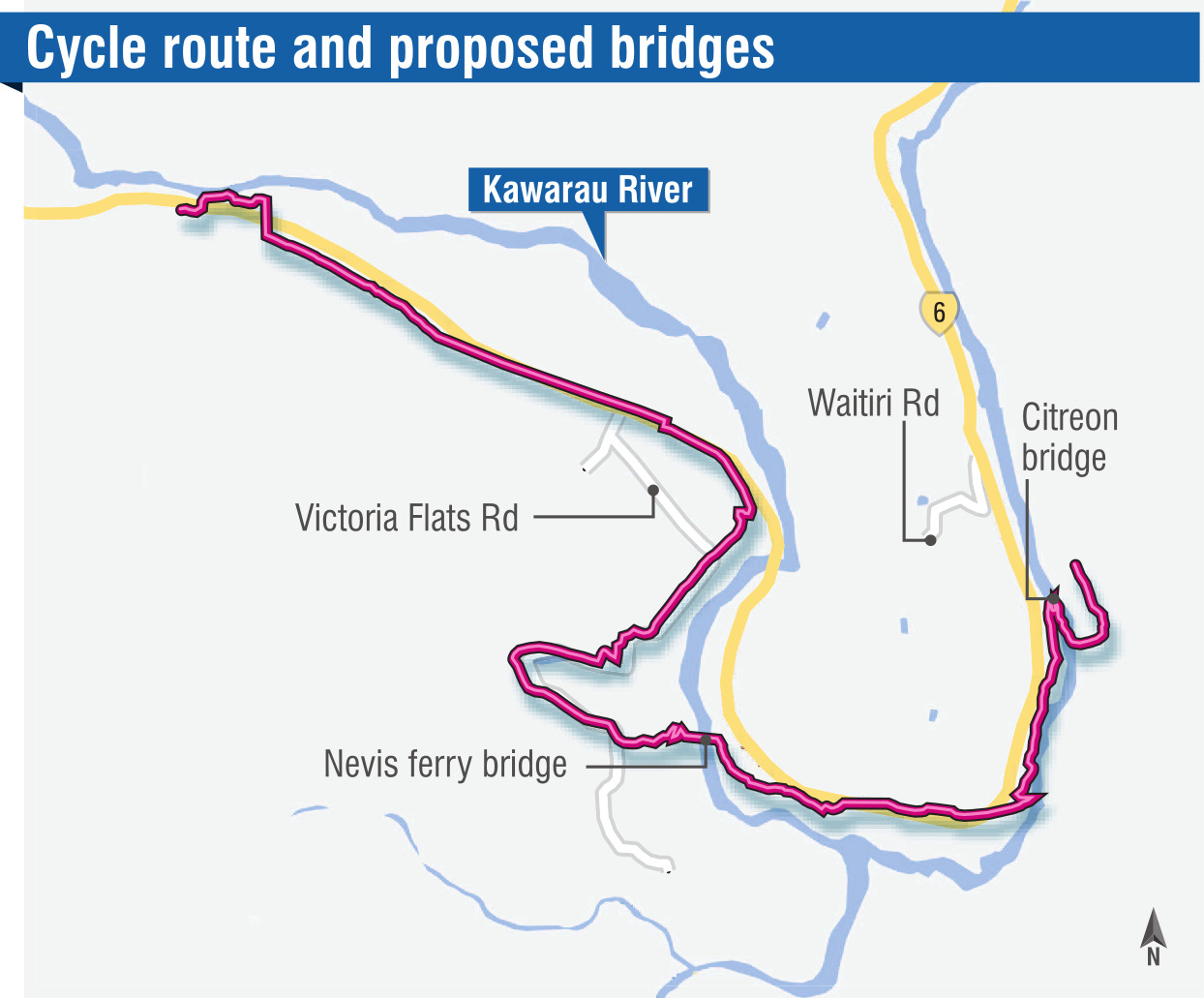 Two new bridges and an underpass are part of a proposed cycle route to eventually connect Queenstown with Cromwell.

Plans have been afoot for a few years now, but Central Otago Queenstown Trail Network Trust has produced something close to a final draft for the ambitious plan.

A resource consent application has been filed with the Queenstown Lakes District Council for the section between Nevis Bluff and the Citroen Rapids, along the Kawarau Gorge.

The submission was made in August, but any approval would be subject to a condition that the Department of Conservation allows cycling on the Crown-owned land, per a partial review of the current conservation management strategy.

Trust chairman Stephen Jeffery said that could take some months.

According to the plans, one bridge was to be located south of the vehicle crossing at Victoria Falls, because a clip-on cycle bridge was not possible there, Mr Jeffery said.

Known as Nevis Ferry Bridge, the crossing would be a 105m-long suspension bridge, "similar in design to the Edgar Bridge or Southern Discoveries Bridge on the Queenstown Trail", the submission read.

The bridge was to be made of 12m-high timber poles, steel cables and timber decking.

"The poles, barrier and deck would be stained dark brown to better blend into the surrounding landscape."

A second, smaller but similarly designed bridge would cross south of Citroen Rapids, running 80m across the Kawarau River.

The location was described as "breathtaking, and the bridge together with the rapid below would make this a key focal point on the trail".

The trust had previously considered two further bridges at Nevis Bluff, allowing for a trail on the north bank, but these had been dropped after discussion with New Zealand Transport Agency.

An underpass is included in the plans, running underneath State Highway 6, 25m long, 3m wide and 2.5m high.

The submission said the underpass "is a requirement of New Zealand Transport Agency approval", being the safest way to cross the busy road.

Mr Jeffery said the project was likely to cost over $4million, but would see around 20,000 users of the cycle track a year, with the majority being New Zealanders.

He said use of the trails in the region had not dropped during the pandemic and the restrictions on international travel in the country.

The trust is near to completing another trail between Cromwell and Clyde, with the expectation it would be finished in the summer after delays caused by Covid-19. 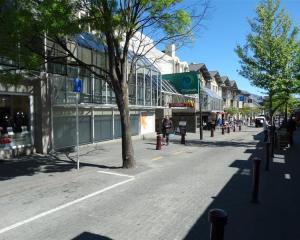 See, it's a colossal cycleway for a place smaller than Dunedin yet nobody's moaning about the cost.