Dogs have their day at showgrounds 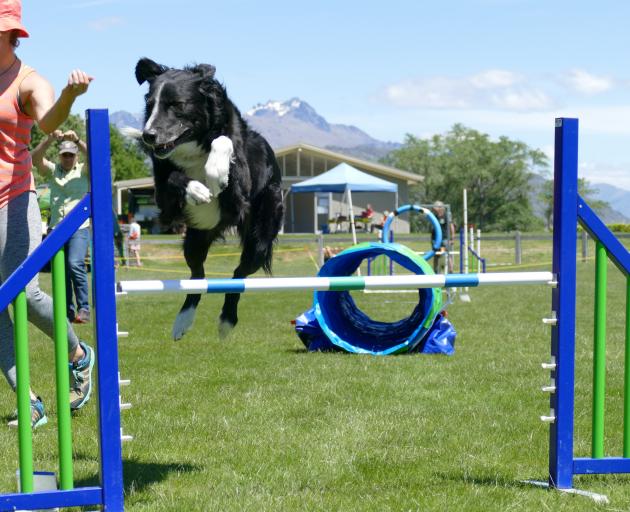 Queenstown Dog Agility Club president Flip Collins, of Queenstown, said there were 82 entries for the day-long event where the name of the game was to get the hounds through a series of obstacles, in the correct order, as fast as possible.

Getting the sequence wrong was grounds for immediate disqualification, as Jocelyn Brazier, of Hawea Flat, found out when her dog Mannix ‘‘did the wrong jump the wrong way’’.

Along with numerous high jumps, dogs had to contend with tunnels, A-frames, a see-saw and long jumps. The course changed for different classes, through to advanced.

Ms Collins said the non-profit club had now been going about three years in the resort and had about 40 members in total, 12 of whom competed on Sunday.

Dogs of any age could come along to the weekly training sessions, but they were not able to compete until they were 18 months old.