"It was the best adventure I’ve ever done in my life. It was so good," she said. 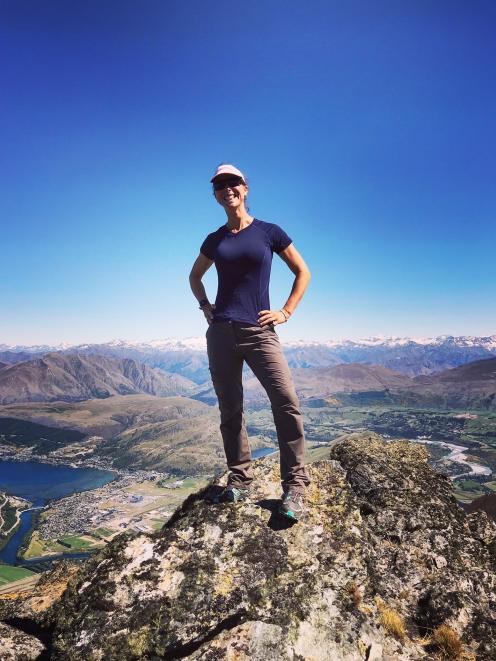 Emma Timmis back in Queenstown.
"I was so sad when it was over."

Although it seemed a long time ago for Miss Timmis, it was only August 25 when she set out to travel from Denham, 800km north of Perth, Australia’s most westerly point, to Cape Byron in New South Wales, its most easterly.

Part of her journey included a 1000km stretch of the barren Nullarbor Plain, which provided her best and worst memories from the trip.

"I was really looking forward to it, thought it would test me and it kind of scared me a little bit, because there isn’t really any water.

"You’re just completely alone with your thoughts. I found that really amazing. For me, I really enjoyed that time."

She relied on the kindness of strangers to quench her thirst along the way.

She could have bought water from the few petrol stations, but was on a strict budget for the self-funded trip.

"People would offer me food and sometimes you’d see the same people day after day."

She paid for a hotel only once, when her trailer broke and she could not carry her bulky items with her. The rest of the time she slept under the stars in a tent and "basically lived off noodles".

But her hardest days also came while biking the Nullarbor.

"When the wind was so strong, straight against me, I could barely move, that was a big battle on the ElliptiGO ... you’re like a sail basically and it makes life very hard."

It never crossed her mind to give up, though, and each day before sunrise she would wake up raring to go.

While doing it she also unofficially broke a Guinness world record for the longest journey by elliptical cycle in a single country.

She smashed the 5001.3km record but has some i’s to dot before it is official.

Along the way she also raised nearly $13,000 for charity One Girl, which provides education for girls in Sierra Leone and Uganda.

Miss Timmis made sure this trip was the perfect mix of what makes her tick.

This included supporting a charity she was passionate about, a big physical challenge, a solo trip, being able to explore a coastline and keeping up her running fitness while still looking after her joints — hence the running bike or ElliptiGO.

Miss Timmis has also roller-skated across the Netherlands, cycled 2200km from Manchester to Italy to go rock climbing, was the first woman to run the length of the 2400km Freedom Trail in South Africa — marathon distance for 57 days — and ran 4000km across Africa.

Now back in the resort two weeks and working as a rock climbing instructor, she is planning her next big adventure: running the length of the United Kingdom in 2018.