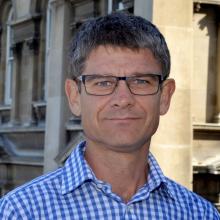 Chris Roberts.
Big Queenstown employers are working together to find a fix for the resort's worker accommodation crisis.

Rising rents are pushing people out of town while the popularity of accommodation websites such as Airbnb means fewer rentals are available.

Combine that with a tourism boom and the staff worker crisis has become ''the number one concern of our hotel members in Queenstown right now'', Tourism Industry Aotearoa (TIA) chief executive Chris Roberts says.

''I guess the concern is that we're going to head into another busy spring/summer/autumn period and there haven't been any fixes that are going to alleviate the problem.

''You look at developments out at Five Mile. There's now more businesses looking for more workers and I don't think there's any more accommodation. The problem is not going to get any easier.''

NZSki chief executive Paul Anderson said a ''handful''
of companies had met several times to discuss worker
housing, and some developers have been involved.

''Most of us don't want to spend our own capital on building staff accommodation, but there are developers around who might.''

The school has a new site in Frankton opening in 2018.