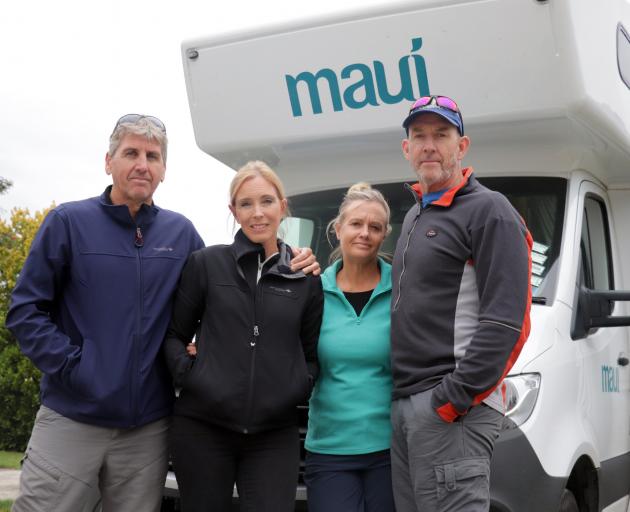 Peter and Tanya Sale and Dean and Lisa Saul are desperately hoping to return to the Gold Coast today. Photos: Hugh Collins
It is looking likely a stranded British tourist will miss his father’s funeral due to international travel disruption.

Simon Baker-Moore arrived in New Zealand with husband Robbie on March 3 for a three-week holiday. The couple were originally due to return home to Wales tomorrow but their Emirates flight through Dubai is no longer operating.

“There are flights that you can buy but they transit either Australia or Singapore, so they could sell those tickets to us but they wouldn’t allow us to land,’’ Simon said.

“The only way is if the UK government sends a flight over to repatriate everyone that’s over here.”

The couple say they have struggled to receive any help from anyone.

“We’re just getting no information from anywhere, the UK embassy in Auckland, they won’t answer their phones. We’ve heard from people that are up there that they won’t even let them in the building.” 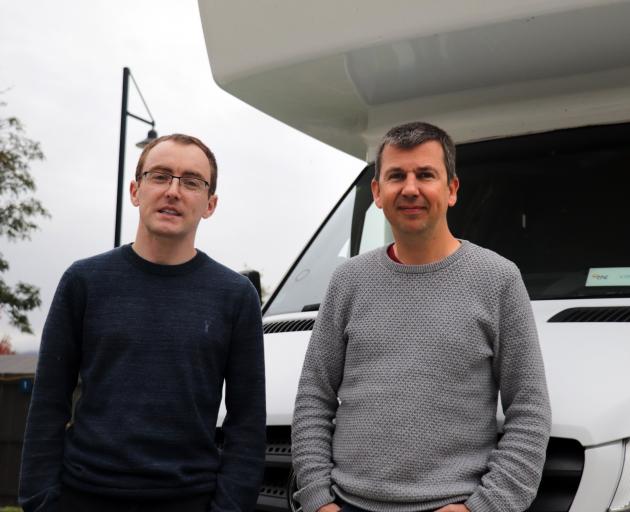 Robbie and Simon Baker-Moore will miss Simon’s father’s funeral due to the closure of air transit routes.
It is looking likely the couple will have to stay with Robbie Baker-Moore’s uncle in Wellington for the lockdown period.

Dean Sale said his group had received an email a few days ago from Jetstar to say their Queenstown flight to the Gold Coast was cancelled.

“We were bitterly disappointed with that service. We thought they could at least try and contact us personally and also thought they should try and organise something else for our transport home,” Mr Sale said.

The group have managed to book a flight to Sydney today with Virgin Australia, he said.

“We’re hoping that flight goes ahead because we need to get home back to our family.”

Why do tourists etc suddenly go 'Oh crap I want to go home' as soon as its lockdown, the warnings have been there for weeks.....bad luck, youll have to sit tight and suck it up, I wouldn't be going to the covid19 infested Gold Coast for any reason....better off here!

Honestly, since mid January it has been obvious that disruption was going to occur, if you went on holiday after that you deserve everything you get. There are risks associated with travel, play stupid games, win stupid prizes.