By Matthew Mckew
0 Comments
A 10-day bike festival will be launched in Queenstown next year with the aim of becoming the best in the southern hemisphere.

Queenstown Mountain Bike Club is behind the plans. President Chris Conway said the festival was the culmination of efforts by the community over several decades to make the resort one of the premier cycling destinations in the world.

Red Bull professional freestyle rider Australian Remy Morton has thrown his support behind the idea and said Queenstown was one of the top 10 places for mountain biking in the world.

The 22-year-old moved to Queenstown in 2014 to make use of what he called world-class riding facilities and a great community atmosphere.

He believes professionals — including his friends and fellow competitors — from across the world would love to compete in Queenstown and show off their skills in front of hundreds of spectators.

Queenstown Bike Festival, which will incorporate races, demos, short-film exhibitions and social events, is open to all types of bike-related activity and will include a focus on promoting active travel in the district. 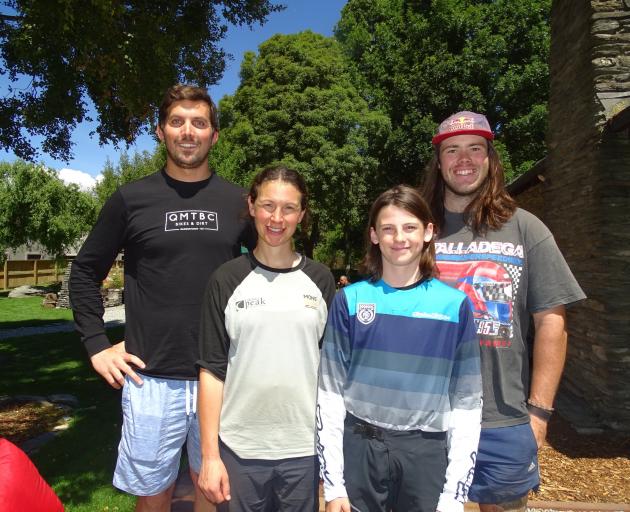 "These are the sort of things that can attract the fewer number of people in the market to our part of the country."

He said he was certain Queenstown Lakes District Council would back the idea.

Mr Conway said he hoped to bring the community and cycling industry together to create an event that would attract global biking superstars.

There are no concrete plans other than the dates, January 29 to February 7, 2022, but it is expected to incorporate a mix of cycling and talking events.

"We want everything from the elite biking down to what can we do about using bikes for environmental benefits by getting cars off the roads and solving traffic problems."

"We see Queenstown as the epicentre of biking, especially mountain biking, for the southern hemisphere and a bike festival goes hand-in-hand with that."

He said professional riders from overseas already used Queenstown to prepare for the northern hemisphere competitive season and this was about "pushing things to the next level".