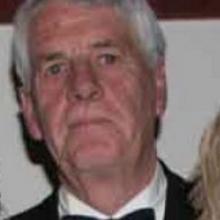 Rod Spackman
When a Glenorchy resident was diagnosed with terminal cancer in early 2015, a Queenstown nurse decided to dip into her own pocket to provide some support.

Four years on, his legacy continues - and she hasn’t stopped.

Debbie Swain-Rewi, who owns a health and safety business, has been taking it on the chin to provide free health care to the Glenorchy community every week, ever since all forms of funding and other contracts were pulled about five years ago.

They’d employed Swain-Rewi to run the weekly clinics but after they pulled out of Queenstown, she was paid to keep them going till the contract expired.

She decided to do one month free and within that time “one of the local identities” received a terminal cancer diagnosis.

Little did Spackman know he’d provided the inspiration for Swain-Rewi to keep giving back to the community.

“I was driving back [after his diagnosis] and realised you can’t have somebody diagnosed with cancer and then go ‘see you later’. So I kept doing it.

“It’s a rural community that’s got a wide catchment of people that are pretty hardy and often won’t come in to town [to see a nurse] when they need to, so I just think it serves a purpose - and it’s good karma.”

Swain-Rewi’s run the weekly clinic ever since - her only funding, till now, $10 koha if it’s offered by patients.

While she’s recently been given a $1500 grant from the Glenorchy Community Trust as part of its second annual funding round, she’s not even using that for herself.

Instead, that’ll go towards paying the $300 fee for another nurse to attend if Swain-Rewi’s unable to make it.

Keogh, who’s recently moved to Christchurch, says it’s a beautiful legacy for her partner to have unknowingly left behind.

It was established in 2015 by philanthropists Debbi and Paul Brainerd - founders of The Headwaters businesses, including Camp Glenorchy - who donated the initial trust funding.

In time the trust will receive all the operating profits from The Headwaters to be given out in grants annually.

This year almost $10,000 was given back to the community.

Other recipients are the Glenorchy Community Asso-ciation to revamp its website, Glenorchy School to purchase eight gymnastics mats, and the Head of the Lake Trails Trust, which received $4500 seed funding.