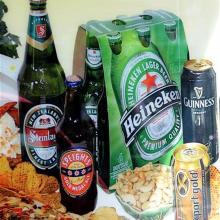 In a proposed bylaw, the Queenstown Lakes District Council wants to force tours of licensed premises to get a permit, essentially treating them as an event.

That could lead to restrictions on the number of people involved, hours of operation, as well as imposing host responsibility expectations.

Ahead of a hearing today, Sergeant Mark Gill said in a submission bar crawl groups intimidate other visitors to Queenstown.

While they fall short of criminal activity - and police could not provide statistics - he said they added to disorder in the resort's central business district.

The move is also backed by the Southern District Health Board.

The council has previously locked horns with bar crawl tour operators. There were unsuccessful attempts to ban or regulate them, including threats of prosecution, in 2012.

But the tension dissolved after one of the most prominent operators, Big Night Out Promotions, undertook voluntary reforms.

Big Night Out has hit back at the latest proposals, calling the council's latest attempts to regulate the industry ``unreasonable and unlawful'' following a ``flawed and defective'' consultation process.

The company said in its submission there had been no complaints or investigations of its operation by police or the District Licensing Committee since November 2013.

It accused the council of predetermining the consultation's outcome.

``There is no direct, verifiable evidence contained in any submissions or feedback in regards to the proposed bylaw that indicates that organised licensed premises tours are responsible for causing public nuisance.''

Business lobby group DowntownQT supports the regulation of bar crawl tours, but opposes a move to drop permits for buskers.

Through the bylaw, the council also wants to restrict the consumption of mind-altering substances in public places.

Sgt Gill said such restrictions would be a positive step.

The council received 544 submissions on the proposed bylaw, many of them opposed to pub crawl tour regulation.

However, when it emailed submitters information about the hearing, 130 bounced back as ``undeliverable''.