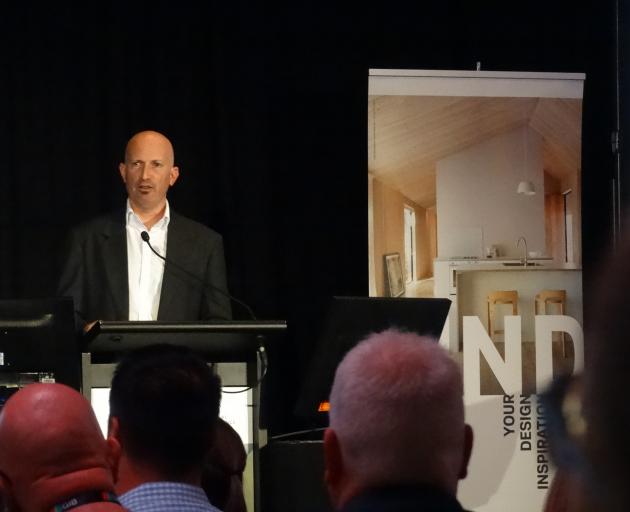 Nick Tuffley
ASB'S chief economist says the country needs to focus on how we build houses to make them more affordable long-term.

"It's one of the things, I think, under the new Government we are seeing a lot more of a push into being a lot more open, a lot more innovative in trying to figure out how we can support ways of building smarter and cheaper.

"But when we're looking long-term, how do we make housing more affordable?

"There's a lot of structural changes that we've started looking at harder, but we need to focus on going forward around how we build."

Other issues to be examined in closer detail included zoning, land-use regulations and red tape, he said.

"We probably do need to have a look at our regulation and also the length of time it can take to get projects through, because uncertainty means risk."

Mr Tuffley expected population growth through immigration to hold up "over a good year" and slow, gradually, over time.

That meant the country still needed to meet the housing needs of a "fairly fast-growing population".

New Zealand was also entering "new, unknown, territory" where the official cash rate was now down to 1% and expected to fall to 0.5% by early next year.

That had caused substantial falls in floating and fixed-term interest rates, which had changed affordability for households.

Mortgage rates were about 3.5% - the lowest since at least the early 1960s - the effective mortgage rate had "dropped like a stone" and the collective amount of income going towards servicing mortgages was "really, really low".

"From a financial perspective, housing affordability has been getting a little bit better recently and that's because of these dramatic drops in interest rates.

"We do think with interest rates falling we will get a little bit of a second wind in the housing market, or a third or a fourth wind in some markets."

He expected the Wellington market to pick up and Hawke's Bay, Dunedin and Southland to continue the "strong run", and Auckland might have some price lifts, which was a "catch 22 for affordability".

"We want prices to be going up at a slower pace than people's incomes so that their incomes can buy a bigger house, or buy ... a house.

"Affordability is changing because house prices have been flat to down and incomes have been creeping up.

"We're in an environment where, from a financial point of view, it's getting slightly easier to afford a house, much of that because house prices have stopped galloping up, but also because interest rates have fallen and are likely to remain down for some time as well."