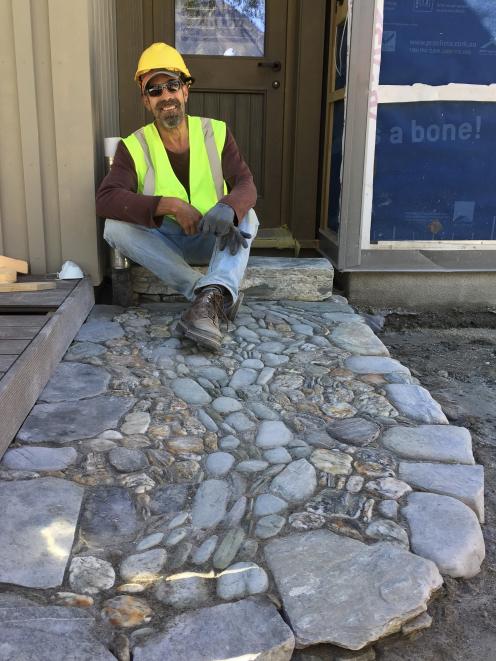 Jeffrey Bale has already spent almost four months in the township, but his on-site work at Camp Glenorchy is only just starting.

Bale told the Otago Daily Times he had spent the time gathering stones and learning about the area's geology to prepare himself for the project, which he expected to complete in May.

``I love gathering stones and imagining the stories that might be attached to them in their geologic journey from the mountains to the rivers to the deltas of the lake.''

He had also built dozens of stepping stone prototypes, and was impressed by the ``phenomenal'' choice of rock variety and colour.

``Stone is everywhere in this region and much of it is schist veined with quartzite, a metamorphic rock formed from both sedimentary and volcanic stone.''

He was also enjoying the area's spectacular scenery, but not the sandflies.

He usually worked on small residential projects, but had completed stone mosaic installations throughout the world.

Bale said he had worked on two other projects of Camp Glenorchy's developers, American philanthropic couple Paul and Debbi Brainerd, in Washington State.

He has been sharing his skills with locals and 60 people turned up to two workshops at Mrs Woolly's General Store on Saturday.

- The public can tour the camping ground on April 29 during the Great Glenorchy Getaway Day.