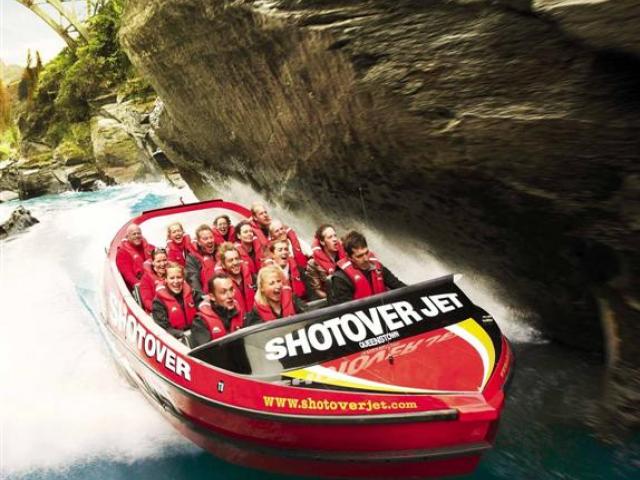 Shotover Jet is to be mothballed.
Ngai Tahu Tourism has confirmed 309 of its 348 staff across its tourism ventures will lose their jobs.

Shotover Jet in Queenstown and Dart River Adventures in Glenorchy are to be mothballed, but with some ‘‘capability’’ retained at Shotover, so it could reopen when the domestic market conditions permitted.

In a joint statement, Ngai Tahu chief executive Mike Pohio and kaiwhakahaere Lisa Tumahai said they expected to write off the equivalent of five years of profit because of the virus.

“Even if the domestic market soon picks up, it will not be enough to sustain our current operations or staffing.”

“With this in mind, we have retained the key capabilities we need, so we are able to reopen at least to the domestic market when conditions permit, starting with Shotover Jet and Hukafalls Jet.”

Queenstown-Lakes Mayor Jim Boult said it was another example of an operator taking measures to preserve their business and he could not be critical.

“I was very encouraged to see they are holding Shotover Jet ready to recommence quickly, because one of the messages I have been giving to operators around town is that when we are able to welcome domestic visitors back here again, they are not going to be attracted to a place where everything is shut.”