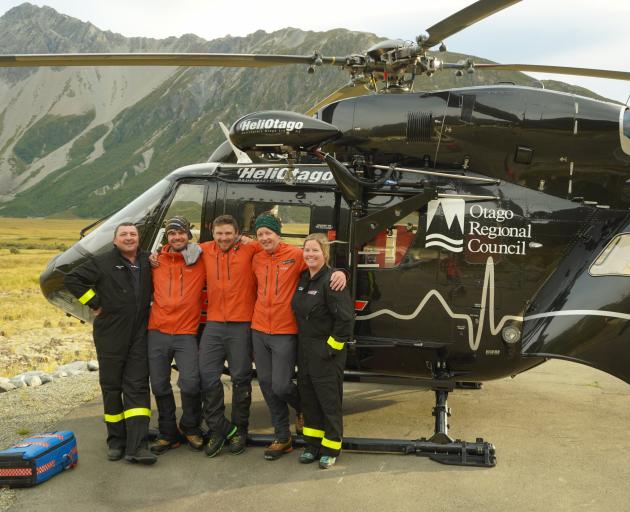 Along with members of the Department of Conservation’s Mount Cook alpine rescue team and Maritime New Zealand’s Rescue Co-ordination Centre, the trio were part of a night-time mission to rescue two climbers on January 10 last year. 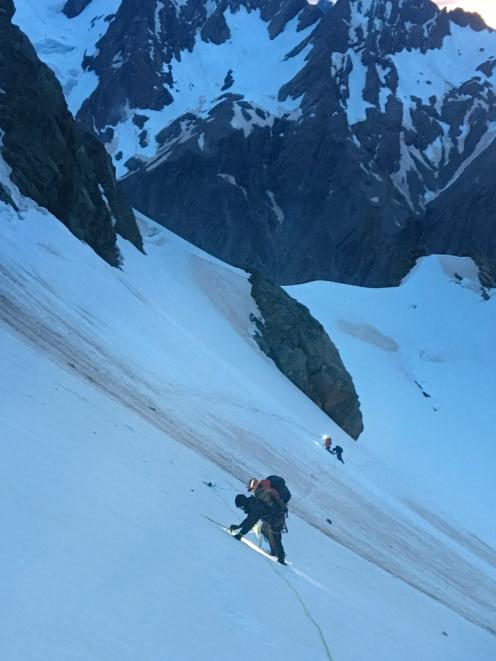 Alpine rescue team members return to the Copland Shelter at dawn. Photo: Supplied
Unprepared for a night in the open, the climbers set off their beacon at 11pm while stuck on a ledge at 2060m between Fitzgerald Pass and Copland Pass.

The helicopter crew located the pair with night vision goggles within two hours, but severe turbulence made a winch rescue impossible.

From there, the alpine rescue team climbed across 30 to 40-degree snow slopes, setting up anchors and fixed ropes as they went.

After they reached the two climbers, who had mild hypothermia, they were put in harnesses and guided down along the fixed ropes to the Copland Shelter, where the helicopter retrieved them about 6am.

One of the climbers was taken to hospital for treatment, but made a full recovery.

Ms Burton told the Otago Daily Times the elements of high altitude, darkness and pressure caused by an incoming storm made it one of the most difficult missions she had been involved in.

The alpine rescue team members made a "perilously steep" climb in darkness to reach the two climbers, Ms Burton said.