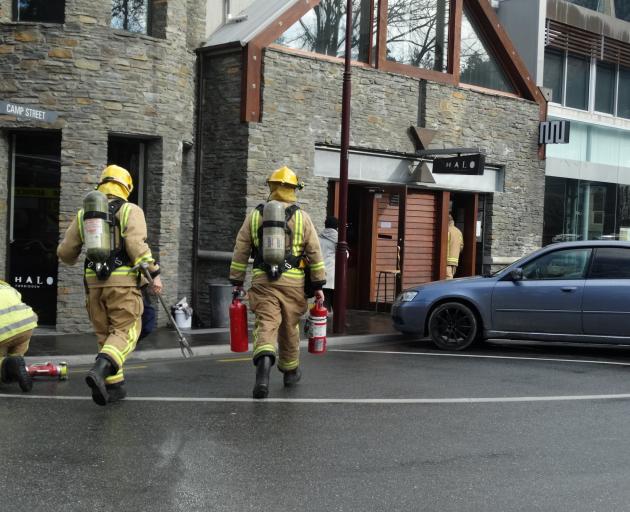 Queenstown fire volunteers were called to Halo cafe, in Earl St, next to St Peter's Church, just before noon yesterday.

Cafe owner Claire Gourlay, of Arrowtown, who called the Fire Service, said the tea towels, which were thought to have absorbed some oil, had started smouldering inside a locker. Oily cloths are capable of reacting with oxygen and igniting.

There was a similar situation last month when towels containing massage oil spontaneously combusted in a drier at Nadi Wellness Centre, on Stanley St.

Mrs Gourlay said: ''One of our kitchen staff has probably mopped up some oil and then the tea towels have been washed and then they'll be tumble-dried, but they just retain the heat, I guess.''

She reiterated to Halo's kitchen staff not to mop up oil spills with tea towels.

''It's a little heads-up for us and then maybe for other businesses around town, because it's not one that you'd possibly think about, really, until it happens.''

Halo was evacuated until the problem was found and the smoke cleared. It was open again an hour later.

There was no damage, Mrs Gourlay said.