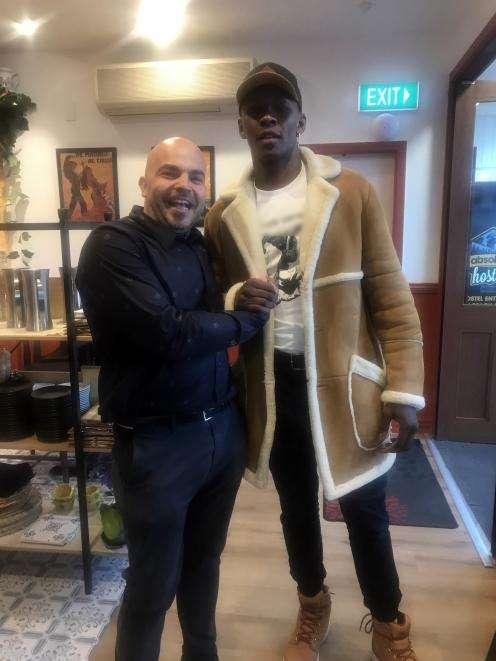 The Nigerian-born New Zealander, who is 193cm tall, was spotted down by the waterfront earlier this week.

Adesanya was last in action in September, when the 20-match undefeated fighter knocked out Paulo Costa.

Things were more chilled on Tuesday evening, when he and a woman dined at Pedro’s by the Lake, near Earnslaw Park.

Owner Damian Brown said they ate mussels, whitebait, chorizo, garlic prawns, lamb and more, before washing their meal down with a pina colada and a mojito.

Mr Brown said he and his staff remained professional until the end and pretended they did not know it was him, despite fans peering in through the windows.

But when the bill was settled and Adesanya was leaving, Mr Brown came clean.

"I said ‘thank you, Israel, it was a pleasure to have you; you have made New Zealand and Nigeria really proud’ and he said ‘my man!’."

The pair then had pictures together, before Adesanya and his friend left, only to have more pictures with fans on the street.

"He was really, really polite ... when he walked out people were stopping him for photos, and it was no problem for him."