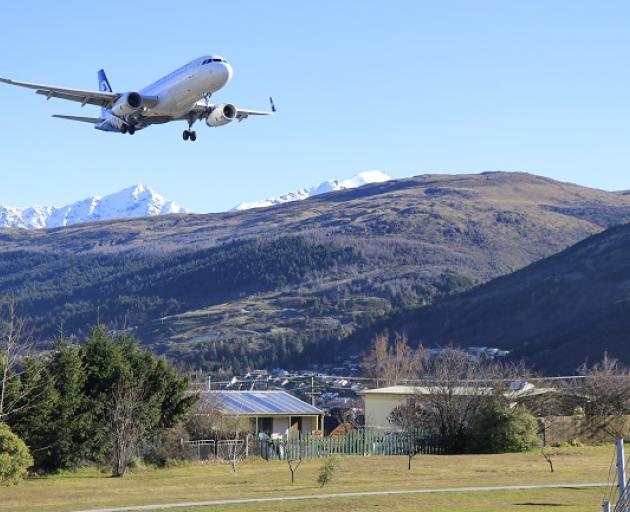 Queenstown Airport. Photo: Scene
A Kelvin Heights resident is challenging the Queenstown Airport Corporation (QAC) over the accuracy of its public statements on alternative sites for its airport at Frankton.

The letter was Arup's response to a QAC invitation to carry out a "high level airport siting study".

It said the company's scope of work would "identify the potential sites for placement of a second airport to support Queenstown Airport operations".

Mr Hilhorst contrasted that statement with the QAC's 2017 master plan options document which said "moving to a new site has been evaluated ... a siting study showed that moving the airport was not optimal."

"It is clear from this that QAC commissioned this work expressly as part of developing their dual airport strategy, and its focus was to locate the best partner airport.

"This was not therefore a study to consider potential sites for the relocation of Queenstown Airport.

"Is it fair to use a work that you have done to develop a model for a dual airport to then use that to say we have scoped out relocating a site?

QAC did not provide Mr Hilhorst with the siting study itself, explaining it would be put on its website within two weeks.

Mr Hilhorst is a member of the Flightplan 2050 group promoting the idea of closing Queenstown Airport in favour of a new airport on a greenfields site.

The QAC has said it considered 20 sites but ruled them all out for various reasons including "capital costs".

However, Mr Hilhorst said there was nothing to show the QAC had taken into account the value of the Queenstown Airport land, he estimates to be worth at least $1.2 billion if sold for development.

"If you are going to assess the relocation of an airport, clearly there's a big financial piece of work to do which has, in a large part, to do with how much money will we get for the land we no longer need.

"That work has not been done at all."

He believed that made "a nonsense" of the master plan statement an alternative airport "was not going to fly" because of the capital cost.

"This appears to be a false representation to the public of a critical issue."

Mr Hilhorst said while Arup was a reputable company, its study was "a non piece of work" in terms of relocating the airport to a greenfields site.

Queenstown Mayor Jim Boult and the QAC declined to respond yesterday. However a QAC spokeswoman said the questions raised by Mr Hilhorst were being considered and it would respond.

Have these blokes nothing better to do? None of these rich old white men will be here in 2050 anyway.
Truth is, this kelvin heights group knows that even a plan for an alternate airport location in the distant future will boost their property prices.