By Guy Williams and Mark Price
1 Comment
The Queenstown Lakes District Council is applying the brakes to future development of Queenstown and Wanaka's airports - for now.

Those opposed to expansion of the airports appear to have won some concessions after more than a year of growing community disquiet.

About 70 people turned up for the public forum part of a Queenstown Lakes District Council meeting in Wanaka this afternoon.

But before speakers were able to voice their concerns about proposed airport development, Mayor Jim Boult read a prepared statement.

A social impact assessment for the Queenstown and Wanaka communities would be carried out to understand the impact of further development of the airports. Photo: ODT files
In it, he confirmed its Queenstown Airport Corporation would continue with the upgrade of the Queenstown airport terminal and the purchase of a block of land adjoining the airport.

At Wanaka Airport, "the necessary planning and licensing steps'' to facilitate future domestic air services would be allowed to continue.

However, Mr Boult said, "we need to pause on any further expansion to understand the implications of airport growth on our communities and most importantly the economic and social impacts''.

Mr Boult indicated the council's shift to a more proactive stance on its expectations for the company's growth plans was motivated by concern about the "wellbeing of our people''.

"The clear stress, anxiety, dissent and downright vitriol that this issue is creating in both Queenstown and Wanaka is a genuine source of concern for myself, my fellow councillors and I know, for the Queenstown Airport Corporation.''

The company's growth projections for Queenstown Airport last July had brought all the "challenges and perceptions'' around the district's rapid growth to the forefront of community concerns, he said.

"For many the prospect and the quantum of that long-term forecast growth was hard to accept.

"When we cast our planning forward 30 years, the numbers are confronting, and that's why we are now seriously committed to strategic growth management. 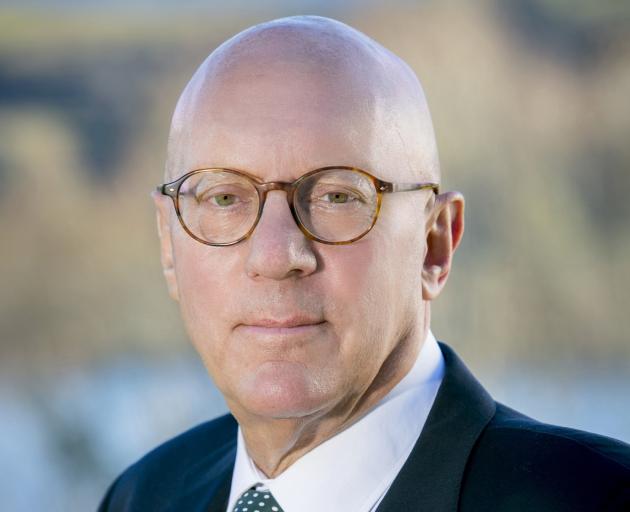 Queenstown Mayor Jim Boult: ""The clear stress, anxiety, dissent and downright vitriol that this issue is creating in both Queenstown and Wanaka is a genuine source of concern." Photo: ODT files
In the past few days, the council had told the company to update its statement of intent with an "amended direction'' in which it would be allowed to proceed with a series of short-term projects.

The council had agreed the 'Project Pathway' terminal upgrade and acquisition of Lot 6 land in Queenstown, and the progression of planning and licensing steps for future domestic commercial air services in Wanaka, could continue.

In the meantime, the council would commission an economic impact assessment that would seek to understand the "full economic effect of the airports and their role in supporting the economic wellbeing of the district and the region''.

A social impact assessment for the Queenstown and Wanaka communities would also be carried out to understand the impact of further development of the airports.

The company's sustainability goals would be reviewed, and the council would ensure demand forecasts for the airports were aligned to projected growth forecasts for the district through district-wide spatial planning now being undertaken in partnership with the Government.

Mr Boult said until all that work was completed, councillors would not consider any change to Queenstown Airport's air noise boundaries, and work on the development of commercial air services at Wanaka Airport was on hold apart from the "technical assessments'' described.

Queenstown Airport Corporation is a council-controlled trading organisation 75.01% owned by the council.

"applied the brakes" "some concessions"
yet ZQN terminal will be "upgraded" and more land purchased.
At WKA progress will be "allowed to continue".

All efforts must be made to stop this madness - both the wasted $$$ and the ruination of one the most picturesque places on earth.
Just wait till airlines operate bigger planes and because ZQN has gone so far, they will demand a longer runway into the lake. Progress is a continuum. Take a look at AKL now and thats what ZQN will be like in 30 years. Stop it now. IVC is all ready to go without further $$$ and only 2 hours down the road.