As residential property prices tumble across New Zealand, the Queenstown Lakes district is dancing to the beat of its own drum, with values increasing.

But one property consultant warns that bubble may burst.

According to the latest data from the Real Estate Institute of New Zealand, prices have held strong in Queenstown — up 41.5% year-on-year when compared with May last year, reaching a record median of $1.5million. 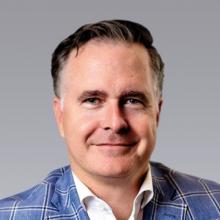 "Some of those [value decrease] issues are relevant to markets like Dunedin and Wellington ... but as a sub-market of New Zealand, Queenstown is a very different market with different dynamics — we are far more exposed to more discretionary income spending and lifestyle spending."

He said the supply and demand challenge for people wanting to live in Queenstown meant house prices in the region were not seeing the easing of pressure other markets had experienced around the country.

The resort’s housing shortage, coupled with the return of international travellers and a strong buyer market from Australia’s east coast, was increasing demand and meant people were prepared to pay premium value prices, Mr O’Hagan said.

Further, Queenstown remained an "aspirational place" to live in terms of lifestyle and geography, and it had historically been a strong capital growth marketplace.

While the residential market in Queenstown was not seeing a price drop, there had been a shift towards buyers taking their time in purchasing.

"What’s happening as an effect of that is that sales are taking longer to achieve and there are maybe more conditions associated with them ... whereas those factors weren’t necessarily in play last year when people understood that, the way the market was moving, they needed to act with urgency," Mr O’Hagan said.

Between March and the end of May this year, the average home value in Queenstown increased 4.5% on the previous quarter to $1,666,755.

However, QV property consultant Greg Simpson said while Queenstown appeared to be the exception to a general downward trend across other main centres, the rate of growth for home values had slowed in the region.

He suspected that due to the adverse effects of lockdowns, the resort was "probably not as far along in the cycle as most other main centres", and expected residential market activity would slow, and prices will likely fall, as they had elsewhere.