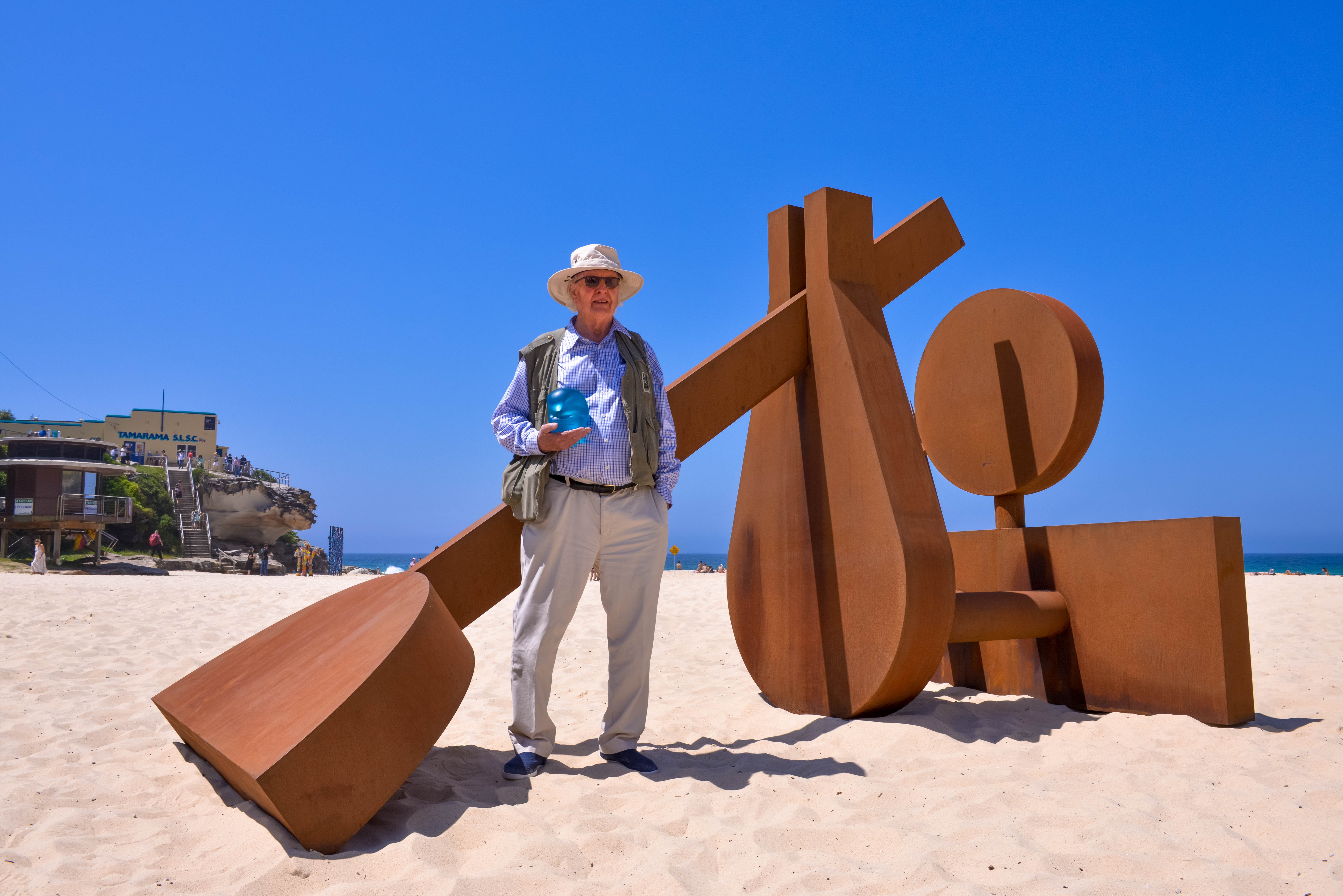 The 85-year-old's COR-TEN steel work The Sun Also Rises has garnered him a $70,000 cash prize, and been admired by nearly half a million people on Sydney's most famous tourist beach.

The 2.5m-high, 4m-long sculpture was selected from more than 100 works for the Aqualand Sculpture Award, the major prize of the world's largest annual sculpture exhibition, Sculpture by the Sea.

It was displayed on Bondi Beach from October 24 until Sunday, and will soon go on permanent display in a Sydney park.

Jones, who has lived on a farm near Arrow Junction for the past 25 years, said he had felt good about the sculpture ever since it was completed in April, when Queenstown Engineering fabricated it in two pieces that could fit into a shipping container.

It is one of a series of the same name he made as maquettes, or scale models, over the course of more than a year.

The costly decision to have the final version fabricated was made when he was satisfied it was ''well-balanced and elegant''.

''You have a feeling when you make something that it's falling into place in the right way.

''They don't come out of the blue - they build on what's comes before them.''

He has been invited to the exhibition for the past five years, and this year was the only New Zealander to receive the honour.

An estimated 450,000 visitors viewed the works, which were staged along the 2km Bondi to Tamarama coastal walk.

The award's sponsor, property development company Aqualand, has bought the work from Jones and given it to the North Sydney Council.

It will be permanently installed in a park near the northern end of the Sydney Harbour Bridge.

The award money and sale proceeds would allow him to make three more sculptures, he said.

He immigrated to New Zealand from England in 1955, aged 21, and has been making sculpture since the mid-1960s.

His work is held in private collections in Australia, the United States, England, Germany and New Zealand.

One of his steel works, Scissors, sits permanently outside the Christchurch Art Gallery.