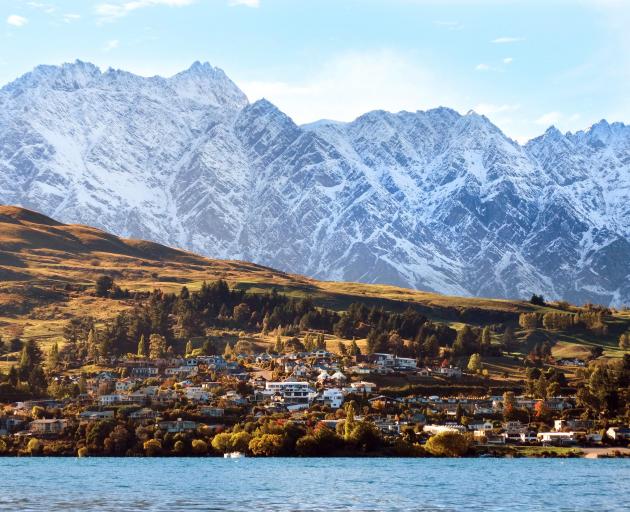 PHOTO: GUY WILLIAMS
Regional tourism organisations (RTOs) in Otago and Southland have praised the Government’s latest funding initiative, which they say throws a lifeline to the embattled sector.

"The restart, recovery and rebuilding of the sector will depend on capable and well-resourced regional organisations to lead and co-ordinate activities alongside the industry, stakeholders, Maori and communities.”

Where there was need to fast-track applications, the Tourism Recovery Ministers Group would assess the urgency and make a decision.

... We don’t want bureaucracy to get in the way of supporting businesses that need it."

Discover Waitomo would receive up to $4million.

"Discover Waitomo is a world-renowned iconic tourism attraction that generates significant economic, cultural and employment benefits for the region.

"Without this support, it may not have been possible to preserve this key asset, so it was important to act fast."

Announcements about other tourist attractions to receive funding would be made next week, Mr Davis said.

Enterprise Dunedin director John Christie was delighted with the Government’s support for both RTOs and tourism assets across the region.

"The strategic assets protection programme is fantastic in terms of supporting those significant tourism operations that we have within our city, and will ensure that they will come out of economic recovery in the best position they can.

"In terms of the RTO funding, I think we’re all grateful for that because most of us are funded through local bodies and tourism operators, and of course it’s difficult in these challenging times for that sector."

Destination Queenstown chairman Richard Thomas said the funding was "fantastic" news for its members and the community.

"The next step is understanding the criteria and how we will ensure the fund delivers the best results for our community.

"The funding would enable us to enhance our current domestic campaign activity, consider new activity and also to leverage Tourism New Zealand’s ‘Do Something New, New Zealand’ campaign to encourage Kiwis to explore their own backyard."

Great South chief executive Graham Budd said the injection of funding was a much-needed boost for the Southland tourism industry.

"We had certainly hoped the Government would acknowledge the role of RTOs around the regions, in the support packages that they’re offering.

"So we’re delighted that they’ve seen that and that this funding is coming our way."