'Ugly duckling' up in air 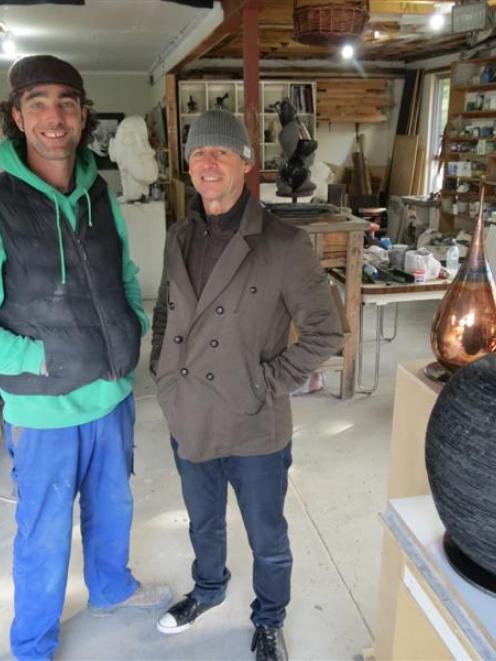 Arrowtown sculptors Conor McNicholas (left) and Shane Woolridge propose the conversion of the residential floor above their studio at 6 Merioneth St into cubicles for fellow professional artists to rent. Photos by James Beech.
Heritage buildings in the Wakatipu are safe from being sold by the Queenstown Lakes District Council. However, advice to sell an ''ugly duckling'' house in Arrowtown's historic precinct has been left on the table.

The ''1970s dwelling in average condition'' at 6 Merioneth St was described in a council report as having ''no historic significance'' and it was recommended it be considered for sale, subject to a market value being obtained.

Regulatory and corporate services general manager Roger Taylor reported the two-storey house was acquired as part of a ''package deal'' and there was no restriction on its sale.

''It has no use to council, either now or in the future,'' Mr Taylor said at last week's council meeting. Earlier during the public forum, Arrowtown stonemason-sculptor and co-leaseholder of two-years Conor McNicholas urged councillors not to sell 6 Merioneth St.

He proposed converting the upstairs floor into cubicles for artists to rent, which would pay for a ''facelift'' of the building.

The artistic use would fit with the activities in the precinct and he had the support of the neighbours, he said.

Mr McNicholas asked for the sale to be deferred for 12 months.

''Selling is short-sighted and the wrong move,'' he said.

The Arrowtown Trust, which bestowed the precinct to the council, had the vision a working artists' collective would be based where the house is as another public attraction to the area.

Trust chairman David Clarke said trustees looked at the removal of the ''ugly duckling'' building in favour of something more sympathetic to the historical cottages in the precinct. 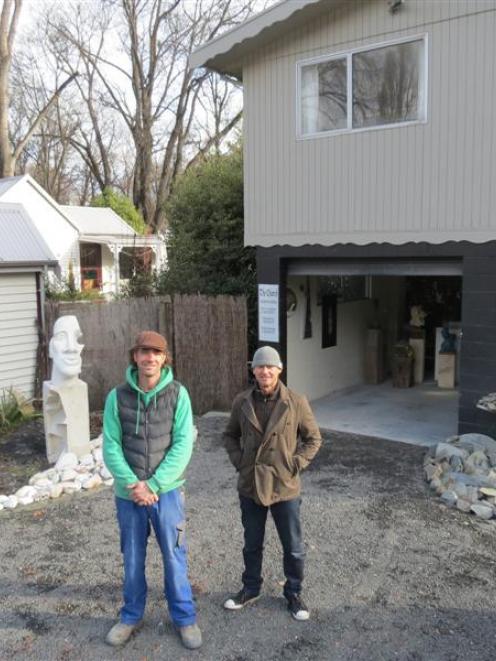 The trust recognised the value of the present tenants and he questioned whether artists could afford to rent similarly rooms elsewhere to work in and interact with the public.

If the house was sold, the trust would anticipate proceeds would return to the Arrowtown Endowment Fund, which partly paid for the cottages, and trustees would want a say in what happened, Mr Clarke said.

Mr Taylor said in his report the council did not propose to sell what it collectively referred to as its ''historical properties'', namely the cottages on Buckingham St, Arrowtown, the land which contains Williams Cottage on Memorial St, Queenstown, and the buildings known as the Malaghan Library on Stanley St, Queenstown.

Cr John Mann proposed tidying up the categories of council-owned property to give security to heritage buildings by exempting them from the overall review, which sought to identify property to dispose of every 10 years.

Mr Taylor said the recommendation was his report be noted and he advised against councillors thinking of a recommendation about the historic properties on impulse.

Council chief executive Adam Feeley said the council could not bind future councils and he advised Mr Taylor to return to the council's next meeting with a recommendation of a better method of protection for the historical properties.

Cr Russell Mawhinney moved to leave the item on the table, which was seconded by Cr Cath Gilmour and carried by all councillors.