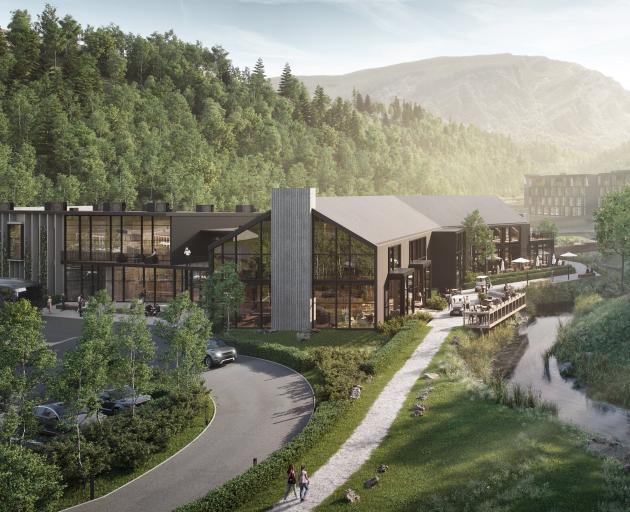 Commissioners scrutinised Waterfall Park Developments Ltd's plans for the complex at Waterfall Park at a resource consent hearing in Queenstown yesterday, after opposition from residents and the Friends of Lake Hayes Society.

Developer Chris Meehan said he had a personal connection to the land and the company was working to improve it, having already planted some 17,000 shrubs and trees.

He said he visited the rural waterfall regularly and ''you see some extraordinary things - it's gorgeous''.

''There is an opportunity to rid all of Waterfall Park and Ayrburn Farm land from farming.

''This would be beneficial to Mill Creek and Lake Hayes.''

He said this was due to stock exclusion and ceasing the use of fertilisers on land now owned by the developer, resulting in fewer contaminants entering nearby bodies of water.

Before the developer's vegetation clearance and replanting project, most of the land was covered in forest, creating a ''dark and dingy environment'', he said.

Mr Meehan claimed hiding in the forest were squatters, who had set up a P lab and had to be removed by police.

It would include building bridges, weirs and culverts in and over the creek, as well as widening the stream, installing dams and building flood walls.

The Friends group was considering applying for a judicial review of the ORC's decision, claiming the work, to be carried out once the hotel plans were approved, would have adverse environmental effects.

Waterfall Park argued previous farming activities on the land were a ''significant'' factor in the degradation of Lake Hayes.

Commissioners approved the company's plans to build an access road to the hotel site last June, but the decision remains subject to Environment Court approval.

Commissioners at yesterday's hearing questioned whether the panel could fully consider the proposal without the access road being approved.

The developer was still awaiting the council's recommendation on this request following a hearing last July.

Its legal representative, Warwick Goldsmith, said ''you have got to build a road to build the hotel'' and argued the outcome for water quality would be significantly worse in future as the situation stood, compared to the ''holistic'' outcome if the hotel went ahead.

Council planners have already recommended the hotel plans - including a wellness centre and a restaurant inside heritage buildings - be approved.

Police have been approached for comment about the alleged P lab.

What a revelation. A developer believes their profits are far more important than any possible impact to the environment. It's nice to know there is some consistency in the world.