Only soil in world producing fish and chips 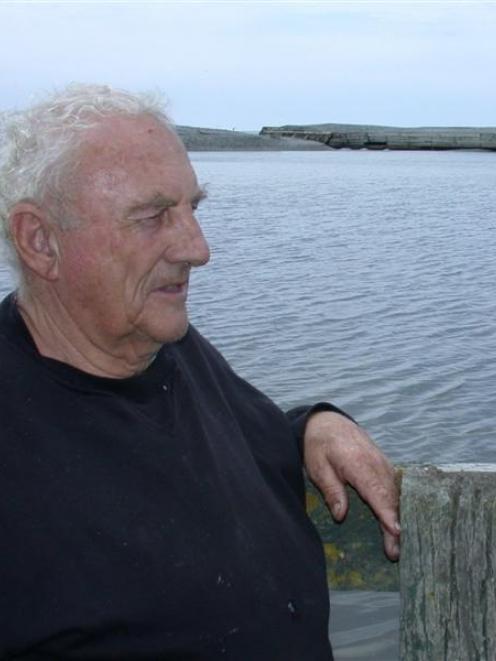 Willowbridge farmer Murray Bruce ponders the history of the Waihao box (background), which for 100 years has helped protect the land he farms at the mouth of the Waihao River. Photo by David Bruce.
Spuds - Willowbridge is famous for them.

Murray Bruce, whose family has farmed land next to the Waihao River for six generations, grows the tubers in the rich soil.

But his family's farming success would not have happened without the foresight of pioneers who built the Waihao box, which prevents the Waihao River flooding about 230ha of his land at the river mouth.

That block, only part of the family's landholding in the area, is on the opposite bank to the Waihao box, and is used to grow seed and cereal crops, carrots and the famous Willowbridge potatoes. His family first settled in the area in 1899.

When they dug the first crop, they also dug up Canterbury mud fish which had burrowed into the soil during flooding.

"It is the only place in the world you can dig up fish and chips," Mr Bruce said.

Even now, Mr Bruce feels the box, along with more recent measures such as stop banks and drains, provides the security his family needs to successfully farm the riverside land.

Donald Hayman, whose family farmed in the Wainono area for about 100 years, served for many years as the chairman of the Wainono Drainage Board.

He has vivid memories of how much time the locals have spent helping maintain the box.

"We tried all kinds of wood over the years. There's no need to treat the wood because the sea water does this naturally. There's been Australian hardwood, poplar, radiata and oregon - we'd scavenge just about anything to keep the costs down."

Mick Laming, the current chairman of the Wainono Drainage Scheme committee, said the 100-year-old box was just as pivotal to the protection of land now as it was a century ago.

Over the decades, various less labour-intensive and possibly cheaper alternatives to the box have been considered, including pipes and even blasting out a channel.

"But after all these years, no-one can come up with anything better than the box, so hats off to those early pioneers - it might be relatively expensive to maintain but we simply can't afford not to now," he said.