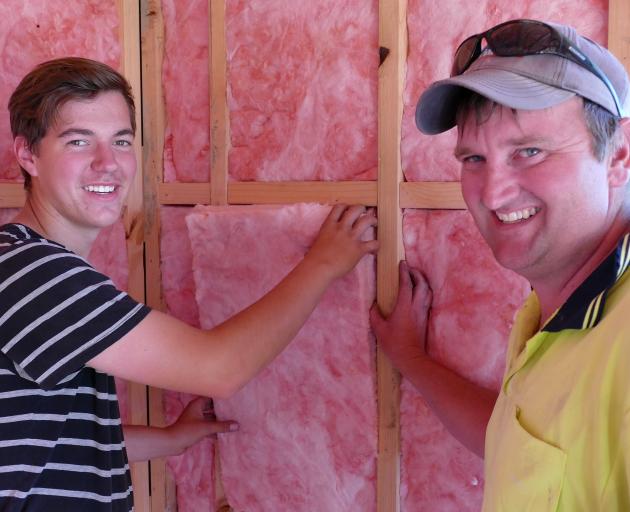 Following a successful series of job fairs last month, the $500,000, Ministry of Social Development-funded Mayors’ Task Force for Jobs community recovery programme — which is overseen by the council — has been fostering apprenticeships in the building industry.

Clutha Mayor Bryan Cadogan said the apprenticeship incentivisation programme, which could eventually be worth more than $100,000 to local building firms, had already brought seven new apprentices under the wing of South Otago employers.

The initiative addressed a long-standing issue for the local building industry, he said.

"This has been a critical area of concern for more than a generation, with little continuity of apprenticeships in this industry locally.

"The MSD Jobbortunities funding has allowed us to help firms out with some of those initial and ongoing costs of taking on an apprentice, thereby encouraging them to do so.

"As you can see it’s working already, but we’ll continue to look for more prospective placements as interest grows."

Formerly a sole trader, builder Hayden McElrea said he had been toying with the idea of taking on an apprentice when he became aware of the new initiative.

"There’s just so much work out there at the moment, and everyone’s flat out, so this has come at the perfect time for me.

"I began as an apprentice in 1997, and I’m grateful for that start. It’s a fantastic way to get a broad understanding of the job and what’s required, while doing your book learning alongside.

"The funding has helped me take that step and maybe just do a little bit to pay things forward with Nico here."

Nico said he, too, was grateful for the chance to don his tool-belt full time.

"Something like this helps open up a lot of opportunities in future.

"I get to earn now while I qualify as a carpenter, and then I can take my career anywhere I want after that."

"The funding came with the target of filling 50 new full-time positions within the year.

"We’re already at 27 in the first month, so the programme as a whole is really uplifting for the district, and for the region as a whole."