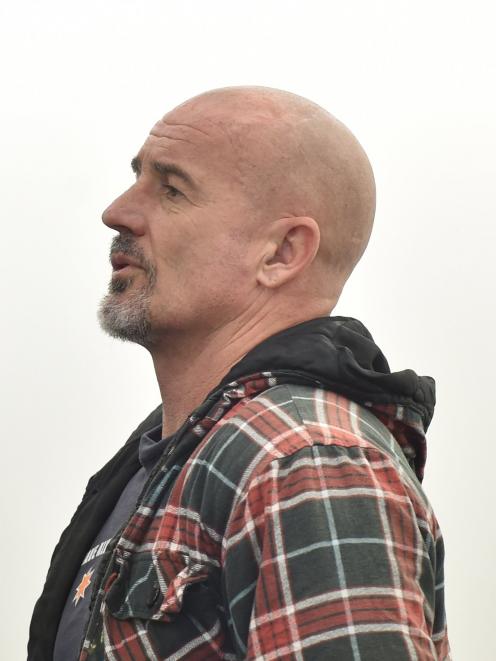 Kelvin Wisely (51) has been denied parole once and will see the board again in January. PHOTO: ODT FILES
A large-scale Milton drug dealer has been ordered to give up $225,000 of assets, an outcome southern police are calling a "significant success".

Kelvin Bruce Wisely (51) was jailed for eight years on a slew of drug charges when sentenced in the Dunedin District Court in March 2018.

The arrangement, the court heard, was that an associate in Hamilton would send him several ounces of methamphetamine each week, concealed in a thermos.

Wisely would send the flask back to the supplier with the proceeds of sales inside.

It was an offer "too good to refuse", the defendant said.

The enterprise was so lucrative that on one occasion, the man sent $39,500 to his North Island accomplice.

While Wisely has been serving his sentence at Rolleston Prison, the battle to seize his assets progressed.

Yesterday, police confirmed the High Court had ordered forfeiture of $225,000 in relation to a lifestyle block near Dunedin.

The property was first restrained in November 2018 after the offender was caught dealing meth and cultivating cannabis.

"This is a significant success for the Southern District and New Zealand police," Detective Senior Sergeant Stuart McGowan, officer in charge of the Southern Asset Recovery Unit, said.

The Criminal Proceeds (Recovery) Act allowed police to restrain and forfeit assets acquired or derived from the proceeds of crime.

It also allowed the freezing and forfeiture of assets used during the commission of crime.

Since July 1, 2017, about $90million in assets had been forfeited nationally.

"The intention of the [Act] is to disrupt, deter, and derail crime, especially in the areas of organised crime and methamphetamine offending," Det Snr Sgt McGowan said.

"This is achieved by denying criminals the opportunity to enjoy the benefits of their offending or to reinvest those proceeds in further criminal activity."

When an asset is restrained, it is controlled by the Official Assignee.

If a forfeiture order is made, the Official Assignee arranges for its sale, with funds deposited into the Proceeds of Crime Fund.

From that fund, Cabinet could approve spending on initiatives to combat the harm caused by methamphetamine.

Wisely was declined parole in April after the board heard he had exhibited some "entitlement behaviours and boundary pushing" while locked up.

He will make his next bid for early release in January next year.