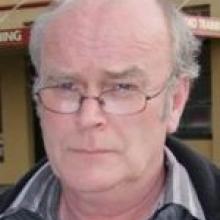 Brian Crawford
A former Tokomairiro Training tutor, who went public with serious allegations against the organisation last year, has had his personal grievance dropped by the Employment Relations Authority, but it continues to investigate similar claims made by another tutor.

Brian Crawford claimed the environment at the Milton-based training group was violent, with assaults by staff on trainees; alcohol was often consumed; and the centre was financially mismanaged.

The centre is managed by Tokomairiro High School.

He went public with his claims in the Otago Daily Times in July 2008.

This prompted an investigation by the Tertiary Education Commission, which cleared the school and training centre of any wrongdoing.

By going public with his allegations last year, Mr Crawford told the ODT he accepted that meant he could not pursue legal action against Tokomairiro Training.

In an authority decision, dated September 15, 2009, it said it had stopped investigating his allegations, leaving the other tutor's concerns yet to be addressed.

When contacted yesterday, the other tutor said she hoped her dispute would be resolved soon.

Mr Crawford initially jointly lodged his grievance with the other tutor.

Their concerns remained unresolved after mediation between the school and their lawyers.

Mr Crawford then contacted the authority in early February this year, saying he wanted to continue with his personal grievance, that he had applied for legal aid and hoped to engage a lawyer.

In late August, the authority wrote to Mr Crawford, asking whether he opposed moves by the school to have his grievance dismissed, but it had not received a reply.