It was unclear what caused the fire, but he suspected it may have been an electrical fault.

The shed, on a private property at the end of Benhar Rd, was being used for calf rearing, and while a neighbour evacuated several calves, four died in the fire.

Mr Michie was unsure how many calves were saved. Clutha Vets was called to treat some for burns.

Five appliances were sent from the Balclutha, Milton and Kaitangata brigades.

The shed was still standing, and the extent of the damage was, as yet, unclear, he said. 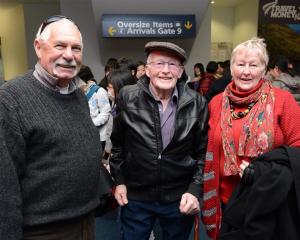