Heritage day of aesthetics and history 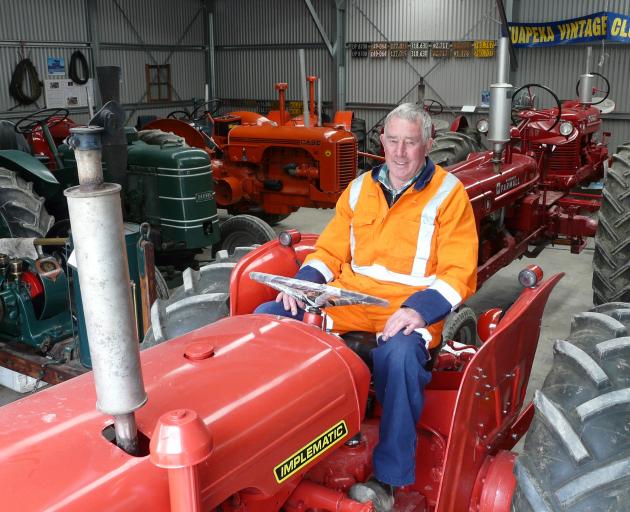 Tuapeka Vintage Club member Brian Taylor sits on a 1960s David Brown 950 tractor he restored for Waitahuna owner Peter Shepherd. The tractor will feature at the Lawrence Heritage Day this Sunday. PHOTO: RICHARD DAVISON
Lawrence Heritage Day returns to the historic gold-rush town on Sunday, and this year weaves its vintage magic with a little something for those who appreciate the arts.

The area's vintage club, heritage trust, Chinese camp, museum and former arts festival committee have joined forces to lay on a smorgasbord of family entertainment, much of it free of charge.

Many of Lawrence's peerless heritage buildings will be opened especially for the day, and the Tuapeka Vintage Club also throws open its doors to allow visitors to view its extensive collection of artefacts and machinery.

Club member Brian Taylor said he and others would be cranking up several of its engines, including a refurbished chaff cutter, model steam engines, vintage shearing equipment, and a range of stationary diesel engines, one driving a flour grinder.

Some of the club's carefully restored tractors would also feature in a novel exhibition at the town's Arches outdoor civic space.

Entitled "Terry and the Tractors", the machines will play counterpoint to a selection of rural-themed artworks from Terry Perham, of Blenheim, which were left in the trust of vintage club members when he died in 2014.

The committee of the now-lapsed Lawrence Summers Arts Festival is also running an art competition this year, and visitors can view and vote for their favourite works at Lawrence's former town hall, opposite Gabriel's Gully.

Mr Taylor said the heritage day was a chance to showcase the town's rich historic past.

"There's bits for all the family.

"Kids get to see things they've never seen before, and it gives them a thrill," Mr Taylor said

The Lawrence Heritage Day runs from 10am to 4pm Sunday.