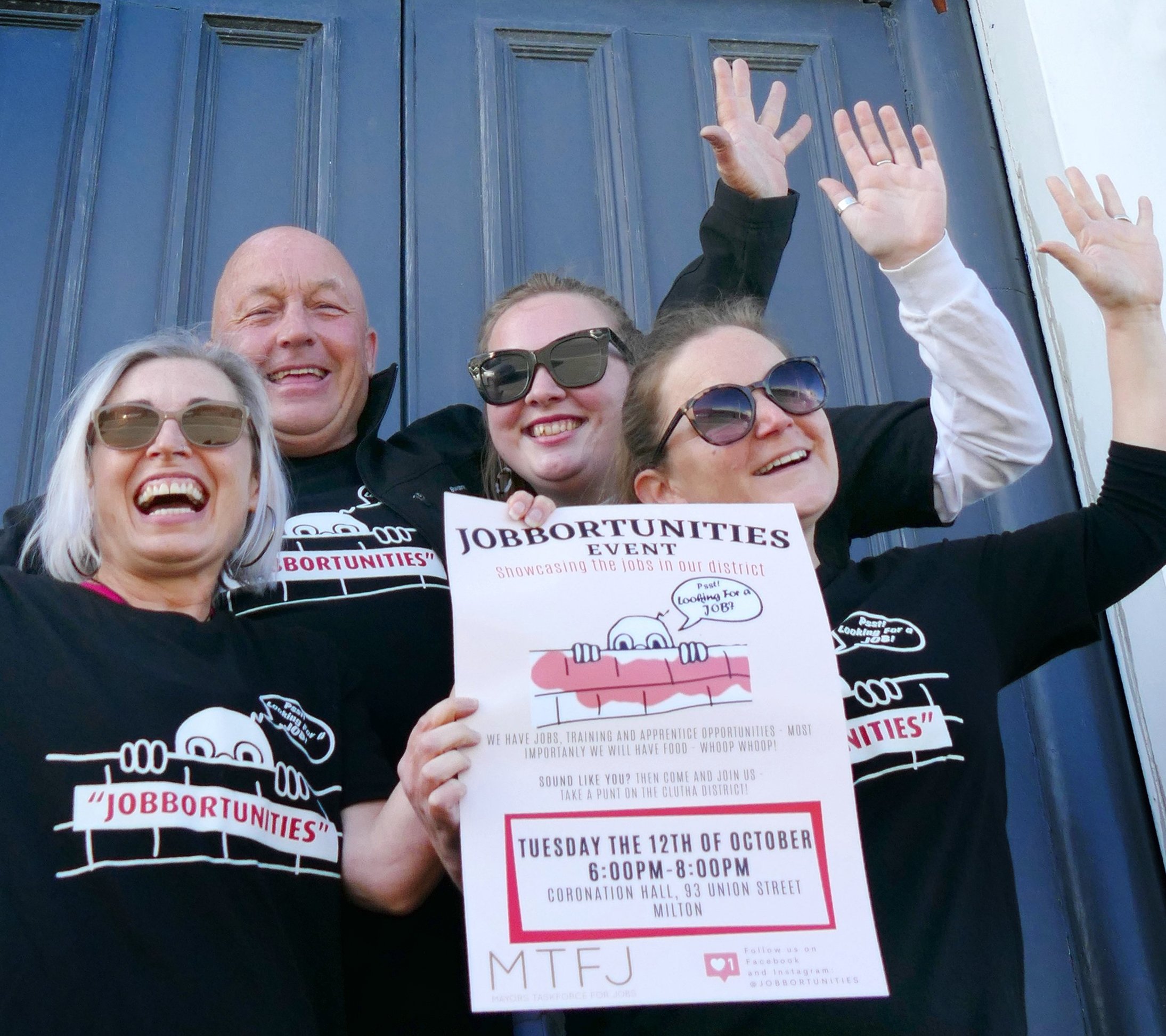 The Clutha District Council Jobbortunities programme will hold its next job fair in Milton next Tuesday, in the hope of attracting potential employees from northern neighbours Mosgiel and Dunedin.

On the following day, the one-year-old, MSD-funded programme will repeat an event at the University of Otago — first held last October — aimed at securing fruit pickers for this summer’s Central Otago harvest.

Programme co-ordinator Ruth Carraway said Clutha still had "hundreds" of jobs available, and was reaching out in an attempt to tap fresh pools of labour.

"We’ll have 22 employers at the [Milton] Coronation Hall on Tuesday night, including, we’re hoping, the new Countdown in Balclutha.

"There’s a wide range of jobs available and, as always, we’re making it warm, welcoming, fun and non-judgemental for anyone who wants to come along and find work, or simply see what’s available out there."

Food would be available to buy, provided by the Milton Pool Committee.

"We’ve placed more than 130 people in jobs or apprenticeships to date, and we remain in touch with every one of them for as long as they want or need.

"Jobbortunities is about helping people back into work as much as simply ‘finding a job’, and we’ve got both me and Eden [Wilson] working on the pastoral side providing ongoing care and assistance now."

In June, the programme secured funding for a further year.

Mrs Carraway said the team was looking forward to pushing the initiative forward.

"We’re so excited we’ve even written a Jobbortunities song."