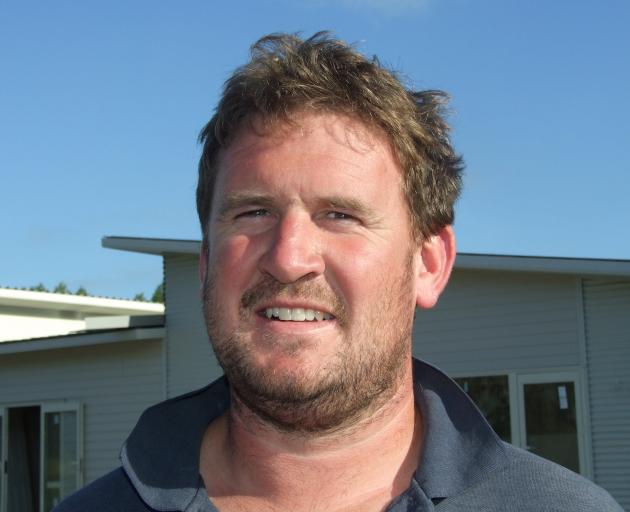 Benjamin Roger Keach. Photo: ODT files
A Clutha man violated a rugby player with a pool cue after the victim had danced to a team song with his pants down, a court has heard.

Benjamin Roger Keach (40) appeared in the Dunedin District Court yesterday, where he pleaded guilty to causing injury with reckless disregard.

Both of the men were drinking at a Balclutha tavern late on June 20, when a song came
over the stereo.

“When played, it was a tradition that team members would pull down their trousers and dance,” court documents stated.

After the song, the victim went to continue drinking at a table with his mates, several of whom still had their pants down.

Keach grabbed a pool cue from a wall rack and “with a forceful upwards motion stabbed [it] into the victim’s buttocks area”.

He felt a sharp stabbing pain on impact and turned to see Keach with a smile on his face, the court heard.

The victim immediately went to the toilet to assess the damage, while the defendant continued drinking with friends.

After struggling to stem the heavy bleeding, the victim returned to the bar area and punched Keach twice in the face.

Police, who happened to be at the pub, broke up the resulting scuffle.

The victim was taken to Balclutha Hospital and then transferred to Dunedin Hospital, where he underwent surgery to the lining of his rectum and underlying sphincter muscle.

He was discharged a day later but could not work for a couple of weeks.

The surgeon who dealt with the victim said “significant force” would have been required to cause the wound and without treatment it could have led to infection and incontinence.

Keach told police he had not intended to harm the man and was unaware he had caused injury.

He described the incident as “a bit of a laugh”, the court heard.

The defendant told officers he had consumed between five and seven beers at the time of the incident and described his act as “a firm poke”.

Judge Kevin Phillips convicted Keach and remanded him on bail until December.

An assessment for electronically monitored sentences would be carried out but that did not mean the man would evade incarceration, Judge Phillips said.

He was still barred from consuming alcohol, however.

Clutha Rugby Football Club president Simon Cleverly declined to comment but in a previous comment described it as an "unfortunate situation ... [which] led to a general feeling of disgust in the community”.

The Clutha Licensing Trust, which rolled back closing time from 3am to 12.30am following the incident, has continued with the earlier closures.

"Those first few weeks when [the country] went to Level 1, it seemed to be a national issue, not just Balclutha, that there were some unruliness."

There was no end date set for the earlier closing time and the trust would continue to monitor it weekly, he said.