No single cause for fall in iSite visitors 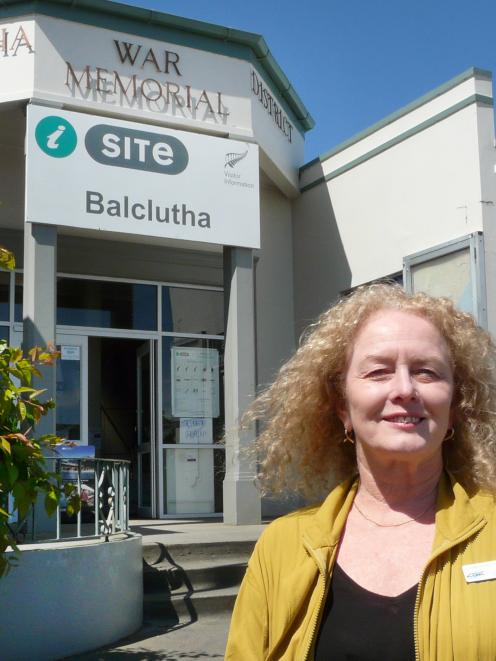 Clutha District Council library-service centre manager Vicki Darling says despite an unexplained drop in Balclutha iSite visitors this winter, new initiatives are proving successful. Photo: Richard Davison
A dramatic drop in visitor numbers to the Balclutha iSite recently is yet to be fully explained, but the outlook is positive.

At a September meeting, Clutha District Council members and staff expressed concern regarding drops of up to 50% in recorded visitor numbers at the town’s main tourist information centre during the recent winter.

A drop of about 50% in July reflected some 1860 fewer people using the facility, council library-service centre manager Vicki Darling said at the time.

Mrs Darling was charged with researching the issue, and her findings will be presented to the council corporate services committee at its meeting in Balclutha this afternoon.

The document, published earlier this week in a meeting agenda, concludes there was likely "no single cause" for the "unprecedentedly low" visitor numbers.

However, Mrs Darling did propose several possible contributing factors for the drop, including changes in reporting visitor numbers, and an overall "slow" winter for tourism across New Zealand.

"We can’t categorically account for the drop, although there are a few things that may have contributed," she said yesterday.

"Our iSite staff have been recording visitors in new ways, and have also taken on additional service centre roles such as processing dog registrations, and these factors may have led to some underreporting. Then, if we look at other southern iSites, Queenstown also saw a drop in July, and have reported an ‘odd’ season overall."

Despite the apparent dramatic drop in throughput, Balclutha iSite sales figures for the same winter period had dropped by only 12.9%, to $23,495.52.

"In tourism you see these blips. Some years are better than others, so it’s too early to call it a trend."

Revenues were expected to increase this year because of the introduction of retail souvenir sales through the iSite, Mrs Darling said.

"We’re still a service centre first and foremost, but there’s always been a demand for retail from visitors, and if we can help ratepayers with some of the iSite costs, so much the better."

She said early feedback for the new initiative, launched a fortnight ago, had been positive.

"We’ll be testing the market over the next few months. It’s an exciting new addition."

Firefighters save house in Kaitangata