Summer a chance for ratepayers to have say 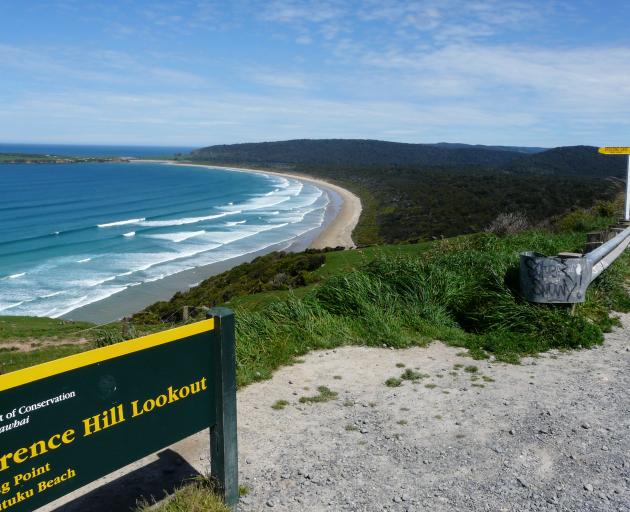 The view over Tautuku Bay, Catlins, from Florence Hill Lookout on the Southern Scenic Route. This summer, the Clutha District Council is seeking feedback on tourism and other ratepayer concerns for its Our Place Catlins community plan. PHOTO: RICHARD DAVISON
Catlins ratepayers will get a chance to have their say on issues such as roading, tourism and more this summer.

The Clutha District Council begins its latest round of community consultation in its southernmost ward next month, following similar exercises in Balclutha, Milton and Waihola.

A wide range of consultative activities are scheduled to run over the summer holidays - a time chosen deliberately to ensure as many people as possible could contribute, Clutha Mayor Bryan Cadogan said.

"We appreciate many Catlins ratepayers are crib owners from further afield, and are more likely to be there in summer - and so the slightly unusual consultation period.''

He hoped the variety of activities planned would also serve to capture a diverse range of opinions.

"We've got drop-ins, event visits, informal meetings, youth activities and a whole lot more planned, so we're hopeful of talking to as many people as possible and hearing what they have to say.''

Projects, policy and feedback identified during the process - which was expected to end in February - would then be reviewed and compiled by council staff for feeding into annual and long-term plans.

Catlins ward councillor Hilary McNab said although the purpose of the consultation was to listen to ratepayers' ideas and concerns, "big issues'' such as roading and tourism were likely to dominate.

"I'm certainly expecting to hear about roading. A big issue down this way is the gravel roads that get hammered by tourists, and who exactly pays for that. Responsible, or irresponsible, camping is another one, and with the reserves management plan also being updated as part of this process, this is a good opportunity for people to have their say and influence policy moving forward.''

Other topics identified for discussion in a recent introductory council document include community facilities, halls and toilets; coastal development; infrastructure, including seal extensions, footpaths, water supply, stormwater and sewerage; parks, reserves and playgrounds; and the effects of climate change and sea-level rise.

Coastal erosion was already a concern in low-lying coastal communities such as Pounawea and Newhaven, Mrs McNab said.

"That could be another hot topic. But we want to hear whatever's exercising people in their own communities. This is your chance to speak up.''

The council would release a consultation schedule later this month.