Concept plans for a new Countdown supermarket in Balclutha, which is expected to bring 80 jobs to the town. IMAGE: SUPPLIED
Civic and business leaders are delighted two new supermarkets may lead to the creation of many new jobs in two Otago towns.

It could result in up to 80 new jobs for the South Otago town.

Countdown format and property general manager Jason Stockhill also confirmed a second, slightly larger outlet was planned for Alexandra, although news on its resource consent application was still "a few weeks away".

Clutha District Council chief executive Steve Hill confirmed a resource consent variation for the Balclutha supermarket had been successful, and was delighted the project could now progress, after it was first announced in August 2017. 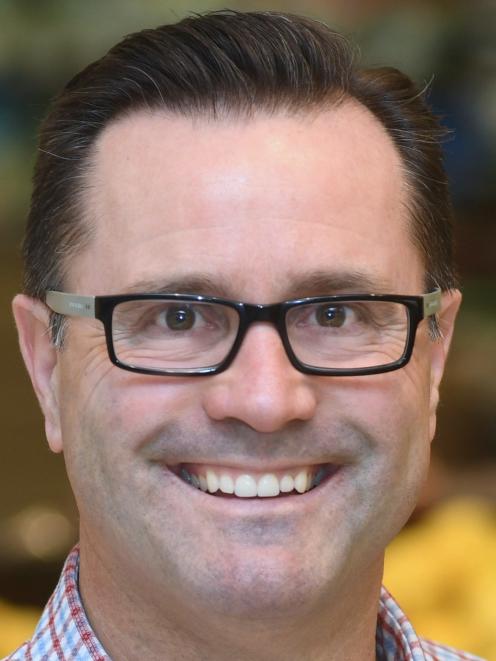 Jason Stockhill
Originally applied for as a smaller Fresh Choice store, which would have employed just 30 staff, the upgraded project would be a boon to the council’s continued aim to rejuvenate the district, Mr Hill said.

"We’d expect a huge benefit to the town and district from [Countdown’s] investment.

"The demolition of old buildings and upgrade of the appearance and amenity values of this part of town will be considerable, and the jobs that come with it are new rather than transferable, so that’s fantastic."

The new outlet will sit opposite the town’s War Memorial Hall at the corner of Clyde and Charles Sts, at the northern entrance to the town centre.

The supermarket giant also confirmed it hopes to build a 3000sqm supermarket in Centennial Ave, in Alexandra.

Mr Stockhill said the company was excited to be a part of a proposal to bring a full-service supermarket to the town.

"We’ve had a lot of requests to bring a supermarket to Alexandra over the years so we know there’s a lot of interest in having another choice in town,’’ he said.

"If the consent is approved, we’ll be able to plan and confirm timings ... including employment opportunities and other details."

A Countdown supermarket would offer fresh competition for Alexandra’s New World, which had a $10million upgrade to its Centennial Ave premises in 2016.

Alexandra Clyde and Districts Business Group secretary Stu Millis said the prospect of another supermarket showed confidence in the area.

"If a major player like Countdown wants to come to the town, it’s confidence in the growth of the area," he said.

"The people who shop in Alexandra don’t just come from Alexandra.

"It’s the whole area and that’s probably why they’ve made the decision."

Countdown has also expressed interest in establishing a site in Wanaka.