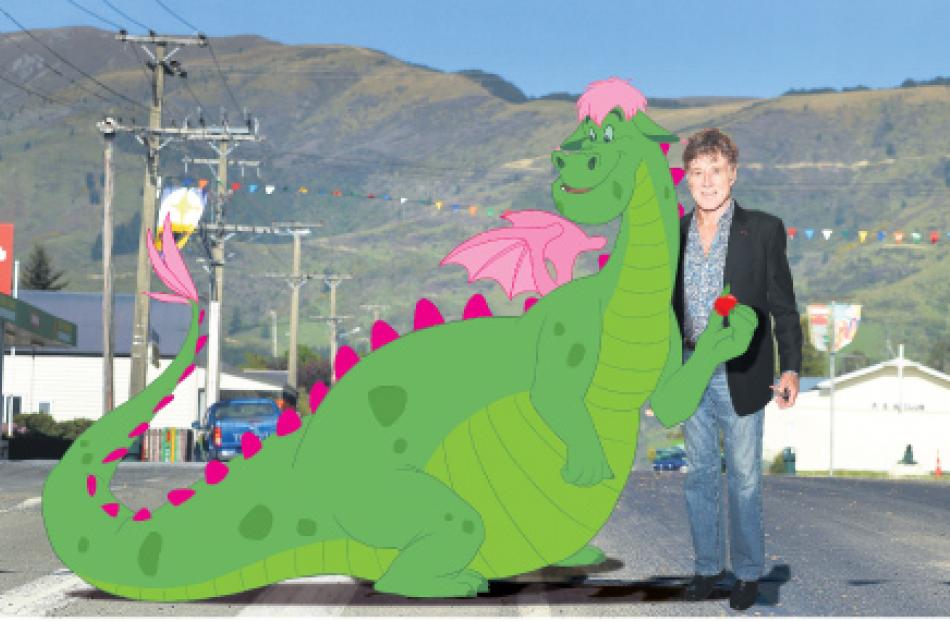 Tapanui residents are offering to vacate their homes to accommodate Robert Redford and the expected 250 cast and crew shooting the Walt Disney Studios live-action remake of Pete's Dragon in April.

The West Otago town is the third stop of four locations after filming begins at Stone Street Studios in Wellington on Monday.

After Wellington, filming will shift to Rotorua for five weeks and then to Tapanui for two or three weeks in autumn before wrapping up with a week in Invercargill, the movie's unit publicist, Andy Lipschultz, said.

Annalie Downie, of Tapanui, has been helping set up local accommodation, gathering as much information and vacancies as possible.

''The community has been remarkable. They have stepped up, as they always do,'' she said.

''There have been people offering houses, people moving in with other people and people deciding they can go and see family overseas, leaving their house vacant for film crews and other people.''

The West Otago town of 750 and nearby Gore, in Southland, would have been stretched to accommodate the production crew if people had not been ''incredibly generous-spirited'', she said.

''It's not unusual for film crews to have to do this, to accommodate lots of people, but usually it's in bigger centres where there's lots of hotels, motels - a big quantity of rental accommodation,'' she said.

Mr Lipschultz said the location had been chosen for its prox-imity to the decommissioned sawmill, formerly Blue Mountain Lumber, about 15km out of town.

Starting on February 23, the town and the sawmill are to be transformed by builders and the art department, he said.

Tapanui residents first heard Hollywood was coming to town when main street business owners were approached by film scouts last November, looking to see if work could be done on their store fronts to resemble a town in Pacific Northwestern Oregon, United States, circa 1982.

The film is reported to diverge widely from the 1977 original, a musical, in which a 9-year-old orphan and his pet dragon escape evil adoptive parents to live with a lighthouse keeper in Maine, on the east coast of the United States.

The screenplay is co-written by its director, David Lowery, best known for Texas crime romance Ain't Them Bodies Saints (2013).