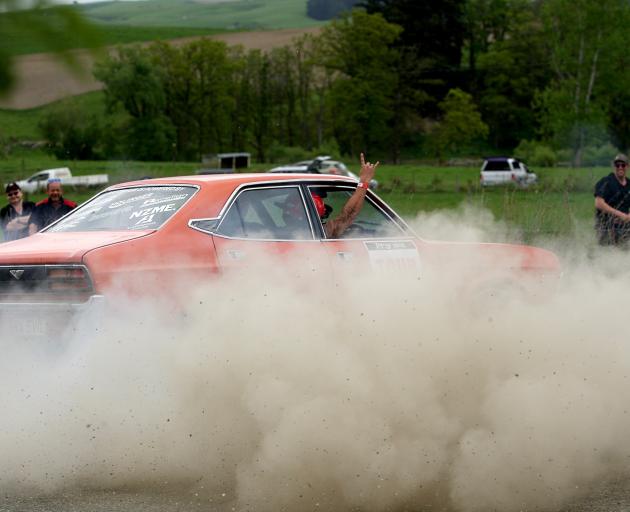 A participant entertains the crowd at Heriot, on day one of the recent Targa Rally. PHOTO: JOHN COSGROVE
A West Otago councillor has slammed the organisers of the Targa Rally, which took place in the region last month. 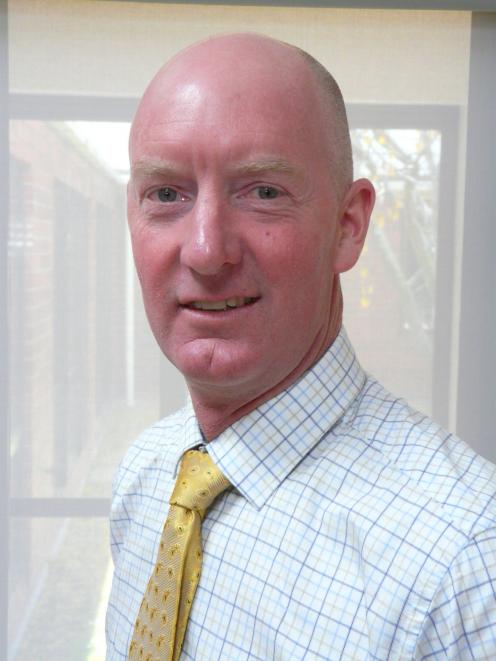 Speaking to the council, Cr Herbert took issue with organiser Targa NZ's observation of road closures, and its provision of facilities for participants.

He also reiterated what he called "widespread local unhappiness" about the lack of commercial benefits from the event going to the area.

Cr Herbert said although the closure of Shanks Rd, outside his Heriot home, ended officially at 6pm on rally day, cars were still active until 6.24pm.

"There was an accident about 2km up the road which occurred at 6.08pm, then you have emergency services needing in. It just seems like the organisers were making up rules to suit themselves on the hoof, with no consideration for local people."

During the day, about 160 cars and 400 people had gathered outside his house waiting to depart, he said.

"Where do you think they went to the toilet? I'll tell you where - up my drive and in my bushes."

"[Targa] made much of the $1.1million a day going into the local economy through the rally. West Otago's volunteers made $750."

Targa NZ spokesman Paul Shanahan said he was sorry to hear of Cr Herbert's concerns, and would be happy to answer them directly if contacted.

"To be honest, I've no knowledge of the specific issues he's raised around timekeeping and provision of toilet facilities but, if true, that's something that's clearly not acceptable and for which we would apologise.

"Targa doesn't shirk its responsibilities, and we've no wish to upset those who allow us to run our events. We're only as good as our reputation."

Addressing questions of "trickle-down" funding was more complex, he said.

"I don't believe we have any obligations in this area [funding]. But perhaps how we filter more out into the grass-roots areas is something we need to consider."

Cr Herbert said, given Clutha would see more direct financial benefits from future events, he would welcome the rally's return.

"I just think, as a council, we need to let them know our concerns. We'll be contacting Targa to provide our feedback."