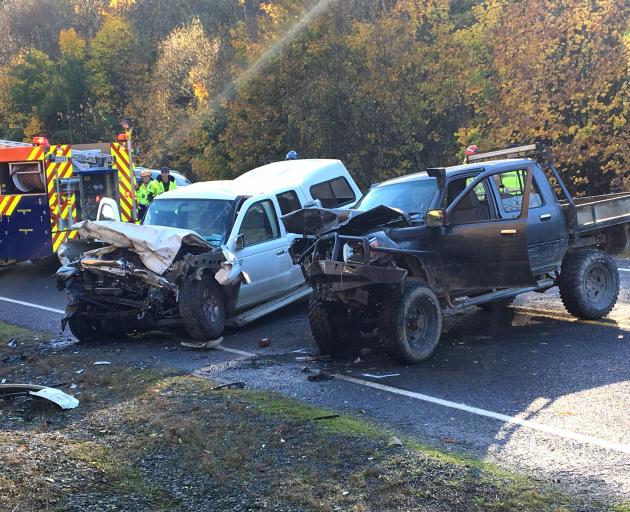 The aftermath of a drugged driver crashing into Walter Dalziel’s ute in the Manuka Gorge, near Milton, on May 2, 2018. PHOTO: ODT FILES
Starting next year, police will have new powers to carry out random roadside drug testing. Public Interest Journalism Fund court reporter Guy Williams examines why drugged drivers have been getting away with it for so long, and asks a victim if the new approach will work.

Four years ago a meth-fuelled driver smashed head-on into the ute driven by Dunedin man Walter Dalziel in the Manuka Gorge.

The now 78-year-old was flown to hospital, where he stayed for 79 days to recover from eight broken ribs, a broken sternum and collarbone, bruising on his heart and brain, smashed kneecaps, a broken ankle and broken bones in both feet.

His family was told by doctors he might die.

The man responsible was convicted a year later of driving under the influence of drugs causing injury, and sentenced to more than two years’ jail.

Mr Dalziel first shared his story with the Otago Daily Times last year because he wanted to keep the pressure on politicians to do something about drugged drivers.

Now his wish has come true. Legislation was passed in March giving the police more powers to deal with the problem, including random roadside testing.

He said the legislation "should’ve been passed years ago", but it appeared to him the Government had got it right.

Random testing would act as a strong deterrent to those who got behind the wheel after taking drugs.

"It’s got to — with alcohol you always know you’re easily picked up, and you pay the price.

"But those on drugs have basically been getting away with it. There are lots of people on marijuana, and they seem to be able to drive around as normal."

From early next year, any driver who is pulled over and fails two saliva tests will be fined and banned from driving for at least 12 hours.

Those who fail both tests can then opt to have a blood test, but face a criminal charge if the recorded level of a drug exceeds a particular limit, as is the case with drink-driving.

The saliva tests will not be cheap — a 2019 consultation document estimated they would cost between $20 and $45 each.

As the ink dries on the Land Transport (Drug Driving) Amendment Act, the police, Waka Kotahi NZ Transport Agency and Ministry of Transport are spending the rest of this year working out the finer details of how it will be put into practice.

In both 2020 and 2019, more than 100 people were killed in crashes where a driver was found to have drugs in their system.

"These are preventable tragedies."

Automobile Association (AA) road safety spokesman Dylan Thomsen said New Zealand’s crash statistics had long shown the need for roadside drug testing, and it had been calling for it for more than a decade.

In Australia, random roadside drug testing started in Victoria in 2004, and was subsequently adopted throughout that country.

Mr Thomsen said designing an effective testing method was challenging because of the large number of drugs in the community, the different ways they were consumed and variation in the way they reacted in people’s bodies.

That had led to valid concerns about the accuracy of saliva testing, but Australia and other countries had been doing it for many years, and it was hard to understand why it had taken New Zealand so long to follow suit.

However, the new regime would be one of the most sophisticated in the world, with safeguards to ensure it caught the right people, including doing two tests to reduce the probability of false negatives.

It was "crucial" the police carried out enough tests each year, widely throughout the country, to make them a significant deterrent, Mr Thomsen.

"It might not be something that everyone out on the roads will experience themselves, but they’ll hear about it, they’ll know somebody in their circle who’s had one of the tests."

The Government had set testing targets for the regime’s first three years, and the AA would monitor the numbers closely.

to drink-driving over the past few decades, and he was confident roadside drug testing would have a similar effect over time.

However, as with drink-driving, a "hardcore" group of frequent drug users were likely to become repeat offenders.

That would put the onus on the justice system to impose sentences with rehabilitative measures for drug addiction, and other interventions such as the alcohol interlock devices used for recidivist and high-level drink-drivers. 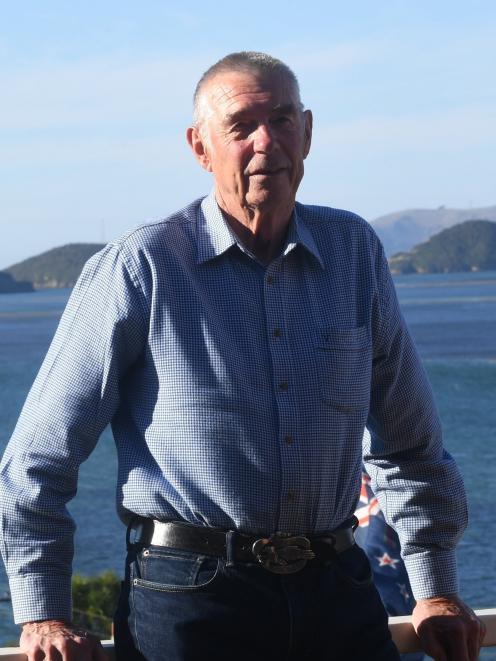 The new regime is a big step up from the powers available to police under old legislation.

A police officer who suspects a driver is severely impaired by drugs can require them to do a roadside impairment test, which includes an eye assessment and physical tests, such as standing on one leg.

If the driver fails the test, an evidential blood test is carried out.

This approach has resulted in a paltry number of convictions over the years: in the Southern police district (Otago and Southland), only 41 drivers were prosecuted for drug-driving offences last year, down from 54 in 2019.

Environmental Science and Research data shows THC — the main psychoactive compound in cannabis — was present in more than half of all specimens taken from drivers in the Southern district in the past three years, with stimulants the second-most prevalent class of drugs.

A cocktail of illicit drugs were detected in many single specimens, including class A drugs such as methamphetamine and LSD.

However, the district sits in the middle of the pack nationwide for drugged driving.

Back on his feet

Four years after his crash, Mr Dalziel said that despite suffering mild pain and stiffness in his most severely-injured joints, his recovery had exceeded his expectations.

After 57 days confined to a hospital bed had left his muscles wasted, the keen motorcyclist and boatie was determined to regain full mobility.

He threw himself into rehab with "wonderful" physiotherapists.

Fortunately, the crash had not left mental scars, and he occasionally drove through the Manuka Gorge.

"I hardly look at where the accident happened — it’s never bothered me." 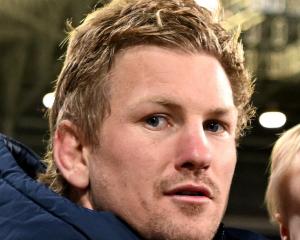 It is a disgrace that it has taken so long. Drug testing has been used for a long time in other jurisdictions, I don't think the way drugs work in NZ is any different to anywhere else. Maybe we are just slow to learn from other countries developments. Now we just need proper penalties for drug driving, not just a slap with a wet bus ticket.