Word from the top - 'firm but fair' 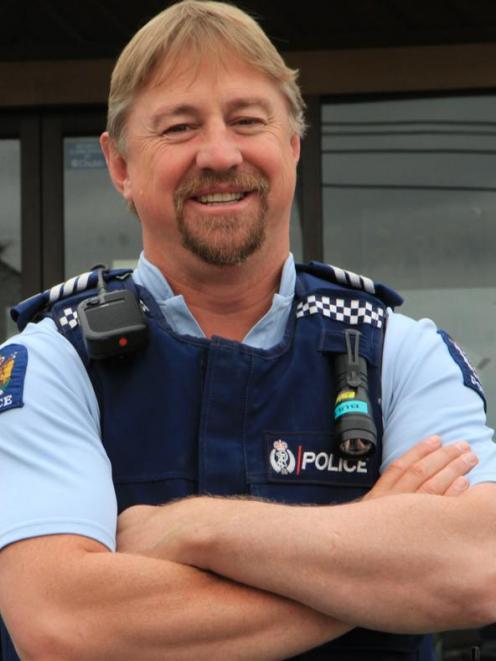 ''We want to make sure that the things that we're wanting people to do - or behave like - is something that's not hurting other people. That's what it comes down to really, isn't it?'' he said.

Sgt Bull started in the role of section supervisor in Balclutha on Monday; it is the same role he left in 2011.

He left Balclutha for Levin, where he started his career in 1992, to be close to his dying parents.

He said he had plans for changes to the workings of the station and the administration of the area.

But he also had the ability to make changes to people's lives in the district.

''I want to reduce the number of crashes that we have in the area,'' he said.

''And perhaps some of the drinking habits, which can lead to things like family violence and disorder and people getting hurt.''

Sgt Bull is overseeing officers based in Balclutha, Milton, Lawrence, Clinton and Owaka.

He held the role of section supervisor for five years after first taking it on in 2006. And he knew and respected his staff.

''Obviously they've got all their work to do, the jobs they attend, they've got other things to do in relation to keeping the crime and crash figures down,'' he said.

''It's just making sure they're doing what they should be doing and keeping an eye on things.''

The position he has filled was vacated late last year and the Balclutha station had been operating with local officers filling in as acting sergeants until Sgt Bull returned.

Sgt Bull said in his time away he had missed Clutha.

''I still have contacts down here and I quite like the area.

''It was an easy decision to come back down,'' he said.

His wife was selling the house up north and he would stay in temporary accommodation until she came to join him.