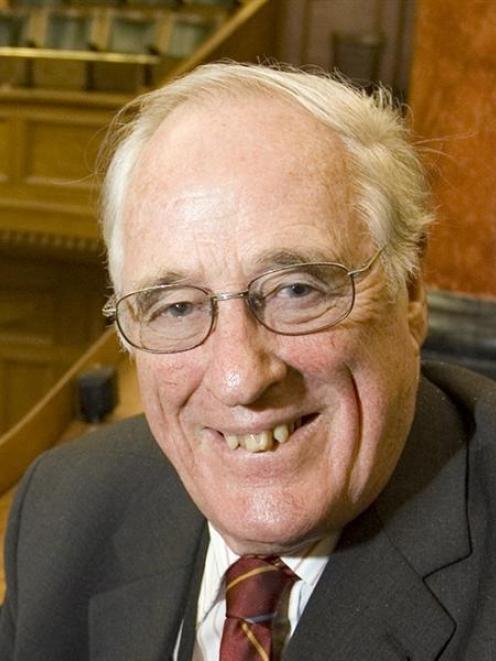 Ian Templeton began his career as a copy holder at the Otago Daily Times in 1946, and 63 years later, has been honoured for his services to journalism.

The honour, he said was "the pinnacle of my career".

"I see it as recognition of the work of the press gallery as a whole, and all the outstanding journalists I've worked with."

After taking time off to finish his arts degree at the University of Otago in the late 1940s, he returned to the ODT as a sports and general reporter, staying until 1953, when he moved to work in Glasgow.

Mr Templeton said his time as a reporter in Dunedin was memorable for a trip covering a scientific expedition to Fiordland to find wapiti.

Another big story at the time was the 1951 waterfront strike, something that was challenge to report.

"It generated a lot of news. Dunedin was quite a big port.

"It was quite hard to report on it."

Since that time, Mr Templeton has covered politics from the parliamentary press gallery as 14 prime ministers have come and gone, and 17 elections have taken place.

In 1968, he co-founded the weekly political newsletter Trans Tasman, of which he is senior editor.

He has written political columns for The Guardian, the South China Morning Post, The Economist, the Australian Financial Review and the Sunday Star Times.

Mr Templeton co-authored Election '69: An Independent Survey of the New Zealand Political Scene and In the Balance: Election '72.

His fellow author on those books was Keith Eunson, editor of the ODT from 1976 to 1988, whom he described as "a great colleague of mine".

Mr Templeton was awarded an OBE in 1994, the Cowan Memorial Prize and a Qantas lifetime achievement award.

He is also a life member of the New Zealand Parliamentary Press Gallery.