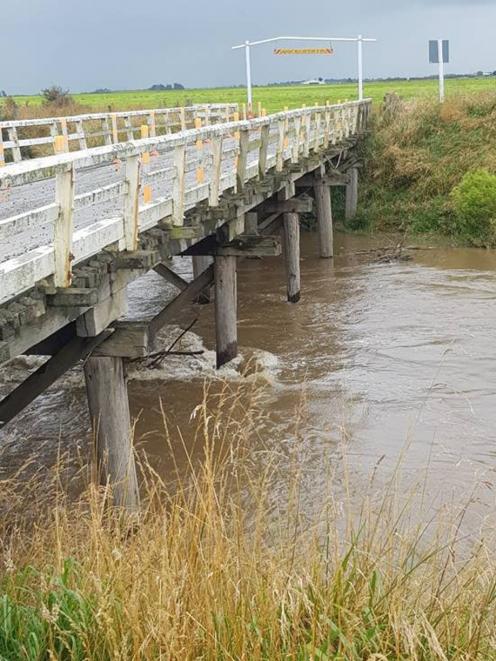 Safety signage was taken from the Channel Rd bridge at Tussock Creek, which was closed due to damage from flooding.
Those responsible for stealing road cones from a bridge at risk of collapsing have put members of the public in grave danger, the Southland District Council says.

The safety signage was intended to steer motorists away from Channel Rd bridge at Tussock Creek,

which was closed temporarily due to damage from flooding in the region earlier this month.

While a cone was spotted in a hedge, other signage was nowhere to be seen.

A council spokesman said staff were "disappointed", especially considering the markers were placed there for the public’s safety.

"Early indications are that the extent of riverbed scour is leaving the bridge inadequately supported and with the river on the rise again there is a significantly increased risk to bridge users."

The temporary bridge and road closure had nothing to do with historical bridge capacity reductions or closures, and was entirely due to the recent severe weather event, the spokesman said.

"Removal of the signage and cones poses a huge danger to motorists, who could continue to try to use the bridge unaware of the risk they are putting themselves in."

Concrete blocks had been placed at the entrances to the bridge yesterday.

An update would be provided when the river level subsided enough for an assessment to be carried out and repairs to be organised. 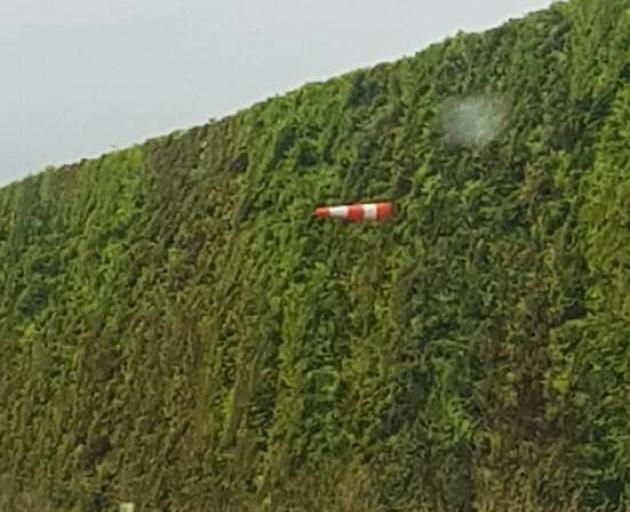 One of the cones from the bridge could be seen high up in a nearby hedge. PHOTOS: SOUTHLAND DISTRICT COUNCIL
Police had been notified of the incident.

More flooding in parts of Southland and Otago yesterday prompted calls for drivers to stay alert.

A notice issued by the Clutha District Council warned of further rainfall and urged people to drive to the conditions.

The MetService had reported about 45mm of rain over the past four days in Clutha.

A council spokeswoman said drivers were being asked to remain aware of the conditions and expect surface flooding.

In Kelso, West Otago, there were road closures at Greenvale and detour signs had been put in place.

Ardmore and Wooded Hill Rds were also closed and detours had been put in place at Black Gully West Rd.

Some speed restrictions and flooding signs were in place and drivers were being encouraged to take it easy.

However, in most places in Southland, the water was receding.

However, more rain was expected in the coming days.