‘Tough game’ between rivals for U19 title 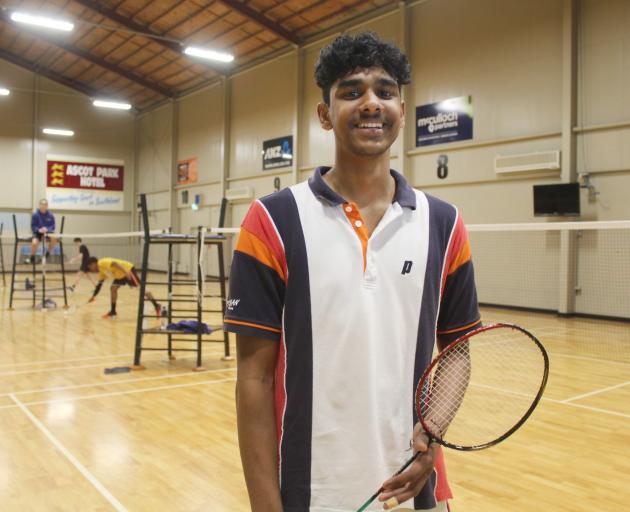 The James Hargest College pupil said he had a "tough game" against sporting rival Josh Forrester (16) on Saturday at the Southland-Otago U15 and U19 competition, held at Badminton Southland in Invercargill.

However, he put his success down to "keeping consistent".

"We’ve been playing against each other for years," Shevin said

The biggest challenge was "keeping aware of his smash".

"It was pretty tough but it gave me a good run."

Hard work and a lot of training also earned him the U17 title two weeks ago.

Four years ago, he was introduced to the sport by a friend and soon after joined the Southland Masters Badminton Club.

Climbing the ranks meant he had also gained a spot on the club’s senior team.

"I plan to keep playing in the future and work my way up to the top."

Next month, he is set to compete at the Neale Cup tournament in Dunedin with top players from across Otago, Canterbury and Southland, as well as at the Mainland Championships in Christchurch

Club president Larissa McMillan said about 16 players took part in the tournament at the weekend, with lower numbers than expected due to Covid-19 uncertainty and the "condensed year".

"Apart from that, everyone’s enjoyed some great games and there’s been some fantastic sportsmanship."

The next Southland-based tournament, the 2020 Southland Masters Badminton Open, will be held at Badminton Southland on September 12.