The man in charge of the group developing the Milford Opportunities project says it is working to address concerns about the information it used when recom mending  the Milford airstrip be closed.

The project master plan was launched in July and, while there was positive feedback , there was also frustration at the suggestion the Milford air strip be closed to fixed-wing operators.

Work is being undertaken to develop stage 3 of the project and governance group  chairman Keith Turner said there had been excellent feed back from key stake holders at the launch, which had continued at subsequent meetings.

‘‘There are recommendations that some key stakeholders don’t like and we expected that.

It’s now time to do the in- depth business case work to see how the recommendations can be delivered,’’ he said.

‘‘We will now do the further work to collect extensive data that will address concerns raised by the aviation group about the information we had available during the stage 2 conceptual phase. This will include carrying out geotechnical surveys on the airstrip and likely use patterns once Covid-19 subsides.’’

Nothing was set in stone.

‘‘We have continued to talk to members of the group and we plan to have further conversation with them as we want them to understand the master plan is a set of recommendations. There is a lot of hard work to be done before any actually become reality.’’

A new governance group, new project team and planning the work  programme would be advanced over the next two years. 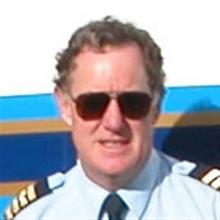 In a presentation it sent to MPs and those in the industry, it said Milford Airport had always been considered a strategic asset by the  Government, taxpayers and the tourism industry. It was also recognised as an important piece of emergency infra structure.

The concerns raised by the aviation group included information that helped form the recommendations.

However, the group felt the information used was misleading. Included in this was a figure of $25million for a repair of the runway, but  this was not based on any engineering inspection or report, the group said.

Instead, after a conversation with Dr Turner it understood that figure was based on a runway upgrade in the Chatham Islands to bring it up to the required standard to accept movements of a Boeing 737, which at 68,040kg was 17 times the weight of the heaviest aircraft that landed at Milford.

It also disputed  a claim made by the project group  in the master plan  that the strip could be used only 150 times a year due to wet weather, saying there were 180-230 flying days per year.

‘‘They’ve got the wrong idea what needs to be done,’’ Mr Sproull said.