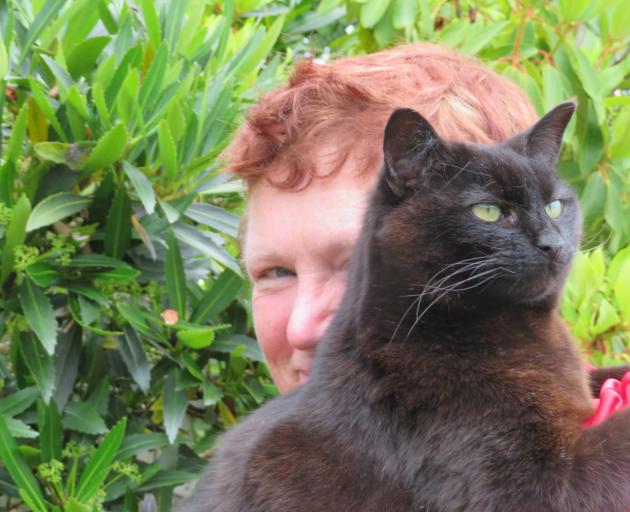 The Te Anau resident’s cat Jac died after she was taken home from a cattery by the wrong family.

But the grieving cat owner feels the Southland cattery has paid its dues after she filed a claim with the Disputes Tribunal.

The experience had been hard; she now believed catteries should be audited, have standards set and licences held to avoid others going through the same thing.

‘‘We just trust these people we give our animals to are reliable, capable and competent.’’

She did not want to name the cattery, however, as she understood it to be a mistake.

‘‘While this is a tragedy, bottom line is, it is a cat ... bad press could really devastate their business.’’

In July of this year, Ms Peoples’ North Island vacation was cut short when she received a call from the cattery, in which the news was broken.

It was a Wednesday.

The Friday before, two teenagers had picked Jac up, thinking she was their male four-legged cat with an injured leg.

Jac was let out, and she ran off.

On Monday, still thinking she was their cat, the family assumed she was doing what their cat normally did after being at the cattery: staying out on a multi-day adventure.

The next day, however, they received a call from the cattery to say they had the wrong cat.

What annoyed Ms Peoples the most was that Jac was supposed to be medicated and chatted to daily.

It sounded like the business had tried to find Jac before telling her, she said.

Immediately cancelling reservations for her holiday, Ms Peoples flew to Invercargill to begin the search for her beloved pet.

There were phone calls, flyers, door-knocking, social media posts and notices in businesses — but the hunt for Jac concluded when a local farmer found her body on his property about three weeks ago.

It looked as though she had curled up and gone to sleep.

Jac was cremated and sent home to Te Anau, and Ms Peoples’ fight for justice began.

She wanted to know what her rights were as someone using a cattery, so she contacted various agencies.

While the cattery had given her a $200 petrol voucher, Ms Peoples sent it back.

‘‘They needed to learn a lesson.’’

She filed a claim with the tribunal and last month got an email saying the cattery would settle out of court, which covered the money spent during the search for Jac.

Consumer NZ said boarding facilities were not audited, but had to adhere to the Animal Welfare Act and the code of welfare.

However, the SPCA could investigate complaints and take action.

Anyone wanting to learn their rights as a pet owner could look at the Animal Welfare Act and temporary housing of companion animals code of welfare.

People also had rights under the Consumer Guarantees Act and catteries and kennels had to provide services with reasonable care and skill.

‘‘If they fail to do so, you can request compensation, such as a refund or partial refund of the boarding fee.

‘‘You can also ask for compensation for any reasonably foreseeable consequential losses. That’s out-of-pocket expenses you incurred because of the company’s failure to perform its services.’’

Consumer NZ also said it had asked 12 city councils whether boarding facilities (kennels/catteries) needed to be registered. Only the Wellington City Council said they did.