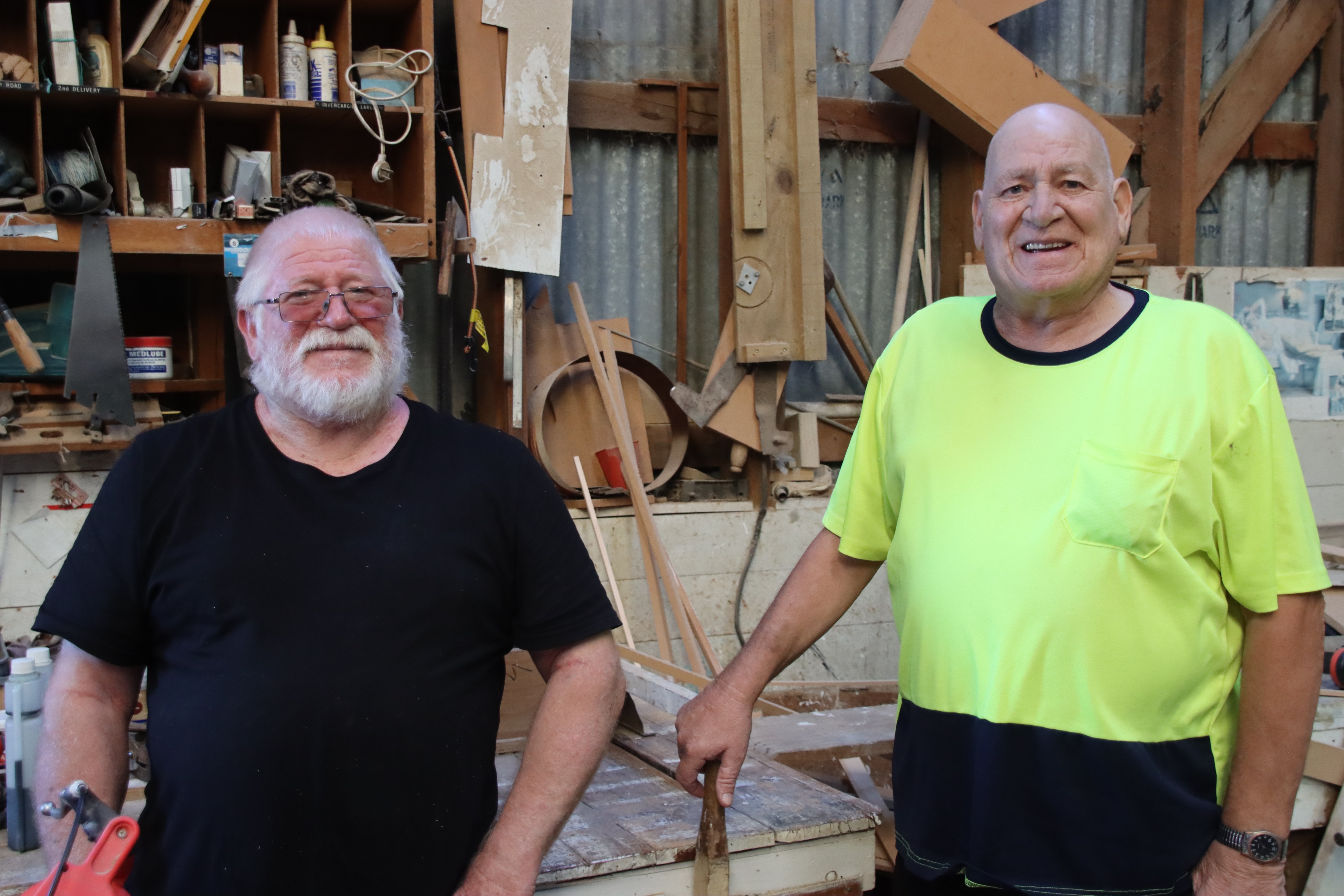 Wyndham builders Bruce (left) and Jim Geary are slowly winding down their business which their father Jack took on in 1946. PHOTO: SANDY EGGLESTON
Grave-digging is just one of the many talents of the Geary brothers.

However, after 50 years of building homes, sheds and coffins Jim (Bear) and Bruce (Snow) are winding down their Wyndham building business, which was bought by their father Jack in 1946.

Bruce said their father bought the business after he visited the town one weekend and noticed Betty Wright delivering the mail.

"He spied the postie and started chasing her round and ended up marrying her and he was too poor to ever shift away again," Bruce said.

Their father also acted as the undertaker, although he did no embalming.

‘‘Just for a bit of fun one night we got old Jack’s hearse out, stuck a coffin in the back and went for a drive around the streets of Wyndham.’’

When the Wyndham Cemetery sexton died the brothers dug the graves.

It was not something they enjoyed but their father had some good advice for them.

‘‘The old man used to say ‘don’t worry about them when they’re dead; it’s when they’re alive you’ve got to watch them’.’’

In the early 1990s when his friends started dying, Jack gave up undertaking.

In the first 20 years the men built about three houses a year but latterly built more sheds and milking sheds.

The men have found their career satisfying and were grateful to the clients who had supported them.

"Most of our enjoyment is working for our customers ... especially the local farmers.

Most paid on time, with the occasional exception.

"We’ve had a few issues with North Islanders, believe it or not. Short arms and deep pockets," Bruce said.

One of the more memorable houses they built was at Riverton about 36 years ago.

"There was four different floors on it, on the rocks.

"Fall out of the top window and you’re in the sea," Bruce said.

It was built during winter and it was so cold the foam from the waves froze on the sand.

At its peak the business employed about 12 staff but now the brothers hired contract labourers.

They did not have an apprentice at present.

"A good young person is hard to find. The ‘we want gang’, I call them.

"We want, we want what you’ve got, but we don’t want to do any work or we want it now instead of waiting," Bruce said.

In the past the brothers had many apprentices.

‘‘[We] had a fair bit of satisfaction teaching them, too.’’

Gore’s Shane Knapp and Barry Stewart, of Invercargill, were two builders the men had trained who had gone on to do well.

It was sad the business which had endured for 75 years might be wound up but while it was for sale, there had been no takers so far, he said.