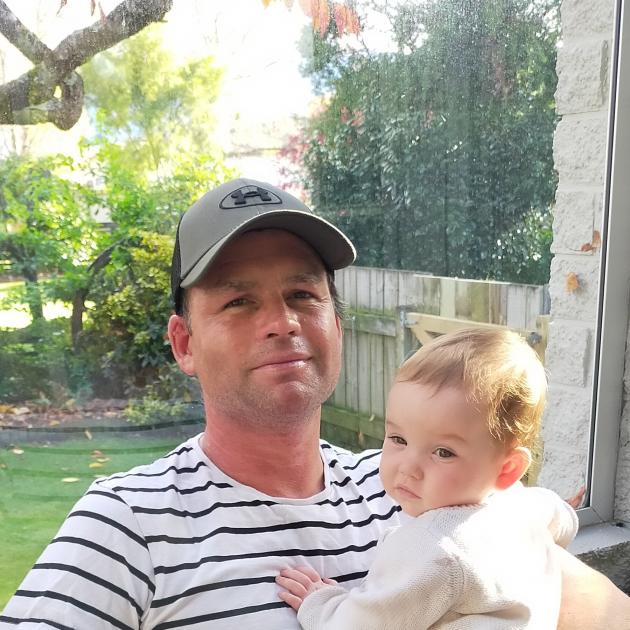 Mr Dale was discharged from Christchurch Hospital last week, where he had been since an incident at his home about a month ago left him badly burned on his face, neck, upper torso and hands.

His wife Jamie said she and their children were happy to have him back home for the next stage of his recovery.

"The kids are back at school and preschool and Kris is finding his ‘new normal’ routine."

Mrs Dale said her husband’s skin-care routine had become more thorough than her own.

"He has to moisturise all burn sites three to four times a day, reapply fresh padding on any burst blisters and squeeze back into his compression garments to aid the healing and protect him from the sun and any knocks." 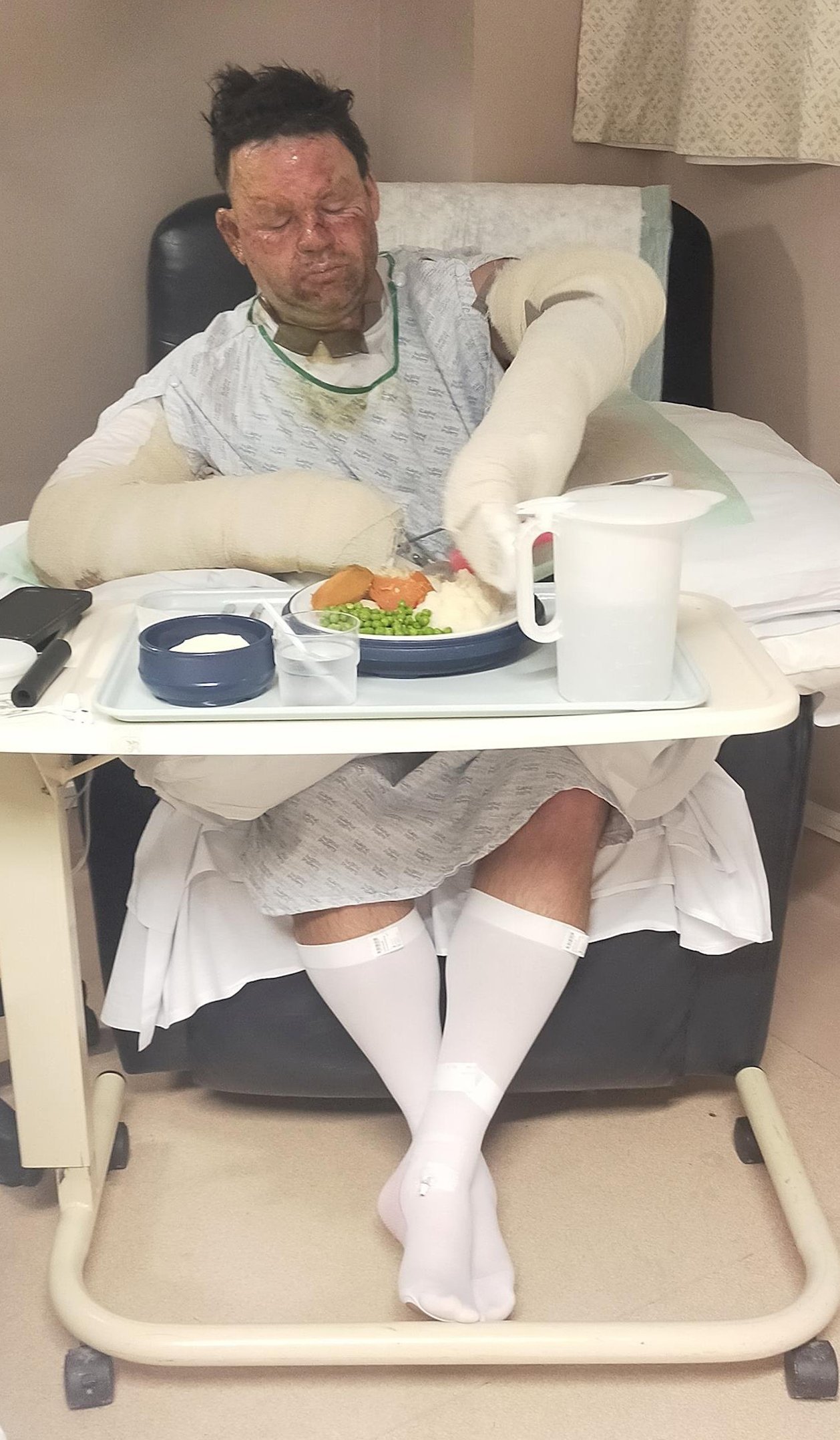 Mr Dale had burns to about 18% of his body in April.
That routine was working for him; the difference in his injuries a month on was evident.

She said he took a bit of a hit for a few days after they travelled home but had since perked up again.

"He’s doing little outings, like walking the kids to school and he gets a bit of fresh air and chats to other parents to fill his social cup, then comes home to rest or nap before the pick-up in the afternoon."

She said it was inspiring to see his recovery going well.