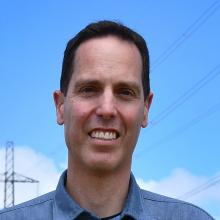 Stew Hamilton
Coastal erosion and water and soil contaminants have been identified as key concerns for the Tiwai Point smelter ahead of its 2024 closure.

A set of environmental reports released yesterday by New Zealand’s Aluminium Smelter (NZAS) details its monitoring of the smelter site, in an attempt at transparency.

While initial government and media attention was given to talks of closure date negotiations, it has in recent times turned to what the closure means for the smelter’s surrounding environment.

The smelter hired an international environmental consulting firm to conduct an assessment of any potential contamination of soil and groundwater across the site.

Set to be completed by the middle of this year, it released a sampling plan which details the areas determined where extra testing as part of a Closure Study should be conducted, and why those areas were selected.

In a statement, NZAS said it was confident it was compliant with all its consents and environmental obligations, based on review work and its interaction with regulators.

The smelter released both its environmental reports and plans for further monitoring that will be undertaken.

The study included assessments of the groundwater surrounding the landfill site and the spent cell liner (SCL) waste storage facilities.

The SCL waste contains both cyanide and fluoride.

A summary of landfill monitoring results said there was leaching of contaminants deposited at the landfill into the surrounding groundwater.

It also said one of the SCL pad bores had recently collapsed due to coastal erosion.

A report focused on the Department of Conservation land the smelter sits on notes continuing coastal erosion on the south coast of the peninsula was monitored annually.

It states from August 2019 to July 2020, four metres were lost in comparison to five metres lost in the previous year.

One of the reports it uploaded also noted Environment Southland requested an update of its monitoring data from 2005 to 2020 after a spill to ground occurred from a treatment tank on April 2 last year.

However, it said the data supported the position there had not been discharges from the current SCL pad.

NZAS chief executive and site general manager Stew Hamilton said it wanted to ensure the community as well as local and government officials who monitored its performance understood its planning process and the importance it placed on its environmental performance.

“We are releasing these documents on to our website as part of our commitment to greater transparency during the closure process, and have provided copies to stakeholders such as Environment Southland and the Ministry for the Environment."

As for the contentious substance known as aluminium dross or "ouvea premix", information on the website said during 2019 independent company Inalco processed its dross as well as some that was stored on site prior to Inalco commencing operations at NZAS.

"The long-term plan is for Inalco to process the Ouvea Premix and the landfilled Metal Reclamation Plant (MRP) stockpile."