Contestant fired up to represent the South 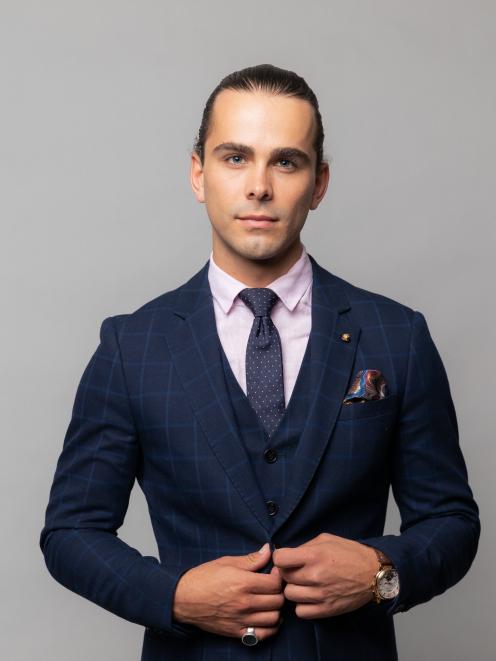 Invercargill man Stephen McDowell is one of three left in the television show and next Tuesday he will find out if he is the winner, after weeks of challenges, marketing and business plans.

Mr McDowell (28) was eager for the victory but also hoped his part in the show could inspire his fellow Southlanders to go after their dreams.

"It’s been cool to actually step up and prove myself against a lot of these Aucklanders and show that small-town guys have what it takes."

Raised in South Invercargill, Mr McDowell attended Verdon College and, like many lads, dreamed of being an All Black.

However, two hip surgeries cut his dream short and he had to come up with a plan B.

He always wanted to travel the world, but being the young child of a single mother with four children he thought it would be almost impossible.

"A lot of people down South feel unheard ... we feel we’re missing out on a lot of opportunities growing up because you’ve been constantly told ‘oh, you can never do that because you are from Invercargill’.

"But that is not actually the truth and I want to prove that and inspire other small-town people around New Zealand you can do that, you can compete against the best."

And that is what he has done.

He created the Instagram account "The Buzzy Kiwi", which has almost 50,000 followers, and began travelling the world on a small budget.

The social media initiative progressed further than Mr McDowell expected and he was soon approached by companies to produce photographs and video content for them.

However, the Covid-19 pandemic forced him to return to New Zealand and think of another plan.

It was then he wrote and directed the documentary Grass Roots: The Reality of Legalisation and created social media content for some ventures.

It was about that time the opportunity of The Apprentice came up.

He described the experience on the show as a crazy journey.

It was challenging, as at times he received great feedback while at others he was grilled.

Mr McDowell would be returning to Invercargill soon to visit his family and was curious to see if people would recognise him, as he had changed a lot since he lived in Southland.

With only a few days until the final, Mr McDowell hoped his region was cheering for him.

He would love to receive positive messages on his social media from fellow Southlanders, he said.